ANANSE AND THE CODES OF PROGRESS

Ananse and the Codes of Progress, El Carna Studios

On the 30th of December 2019, Tracy Lloyd McCurty, Esq., Executive Director of the Black Belt Justice Center and Co-Alchemist of the Acres of Ancestry Initiative/Black Agrarian Fund, met with the artist El Carna at his artist studio in Accra, Ghana. They discussed a commissioned illustration that captured the guiding ethos of the Acres of Ancestry Initiative/Black Agrarian Fund, a multidisciplinary nonprofit ecosystem rooted in Black ecocultural traditions and textile arts to regenerate custodial land ownership, ecological stewardship, and food and fiber cooperative economies in the South. The three-hour conversation explored African symbolism and how these traditional symbols and idiomatic expressions embody the Codes of the Cooperative. After careful study and reflection, five Adinkra symbols were adopted to be integrated into the artwork. Folklore was the agreed medium to convey rich African messages headlined by the wisest character in Ghanaian storytelling, Kwaku Ananse the Spider.

Kwaku Ananse is the most popular character in Ghanaian traditional folklore. He is extremely wise and is known to use his wit to outsmart and out survive his enemies. In this artwork, Ananse is on a journey of progress. His character represents Black people all over ​​the world and he carries with him the symbolisms of instruction fundamental to making the journey of progress achievable. 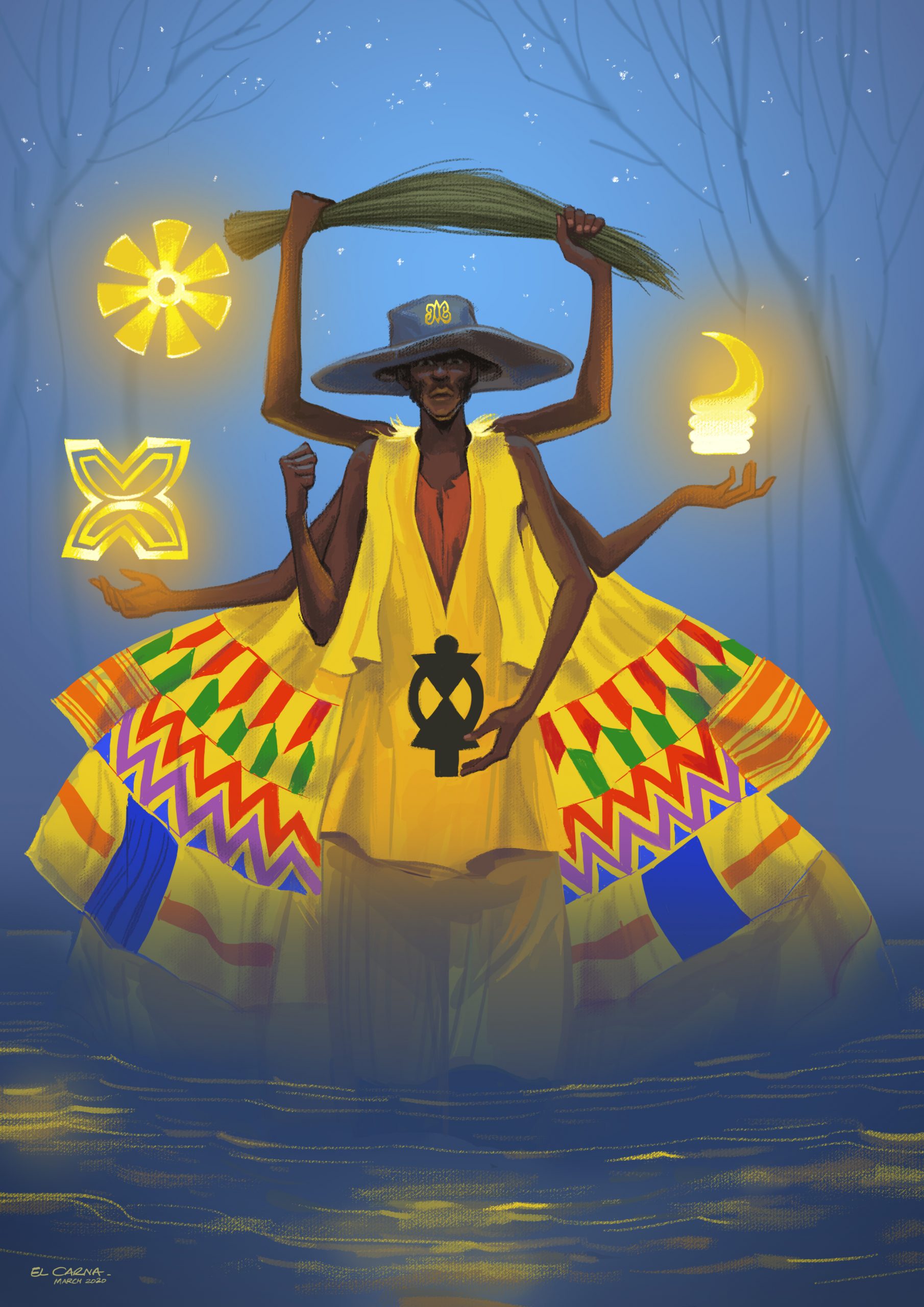 Kwaku Ananse is the most popular character in Ghanaian traditional folklore. He is extremely wise and is known to use his wit to outsmart and out survive his enemies. In this artwork, Ananse is on a journey of progress. His character represents Black people all over
​​the world and he carries with him the symbolisms of instruction fundamental to making the journey of progress achievable.

The illustration is of the Ghanaian folklore character, Kwaku Ananse—the humanized spider, in bright batakari regalia made of kente, wading through a river in the middle of the night. In his first two hands, he holds high an African broom. With his remaining four hands he displays four Adinkra symbols, with a fifth symbol embossed on the front of his worn hat. Three of the symbols are brightly lit and levitating above his palms. The glow from the symbols illuminates The Way. A pronounced symbol is imprinted in black on his batakari. In the background, stars can be seen lighting the night sky.

The Bended Broom is the most upheld symbol in the artwork because it is the most important of all the instructions. It represents “Strength in Unity.” African folklore teaches that it is very easy to break a single stick picked out of a broom, but it is impossible to break the entire broom of sticks together at the same time. A single stick represents weakness, but a group of sticks represent strength. Unity is strength. Therefore, before anything else, Black people must be united. 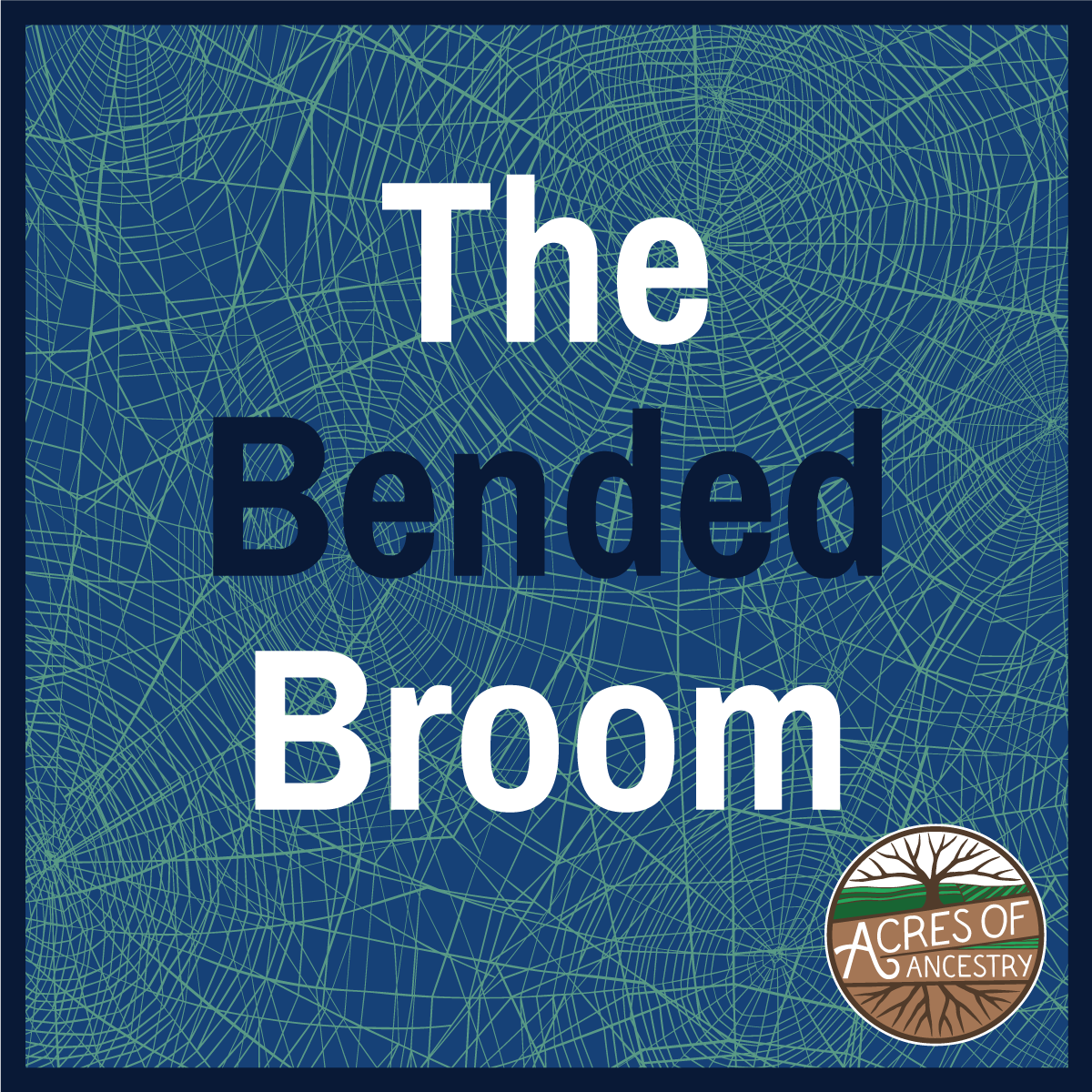 This is the symbol on the middle right hand of Ananse. The literal translation of “Fawohodie” in Asante means “Freedom.” It represents independence and emancipation. There is a popular quote that says, “Fawohodie ne obre na enam.” Literal meaning: “Independence comes with its responsibilities.” This symbol is to shine light that the path to being independent and ultimately free as a people demands struggle and hard work. 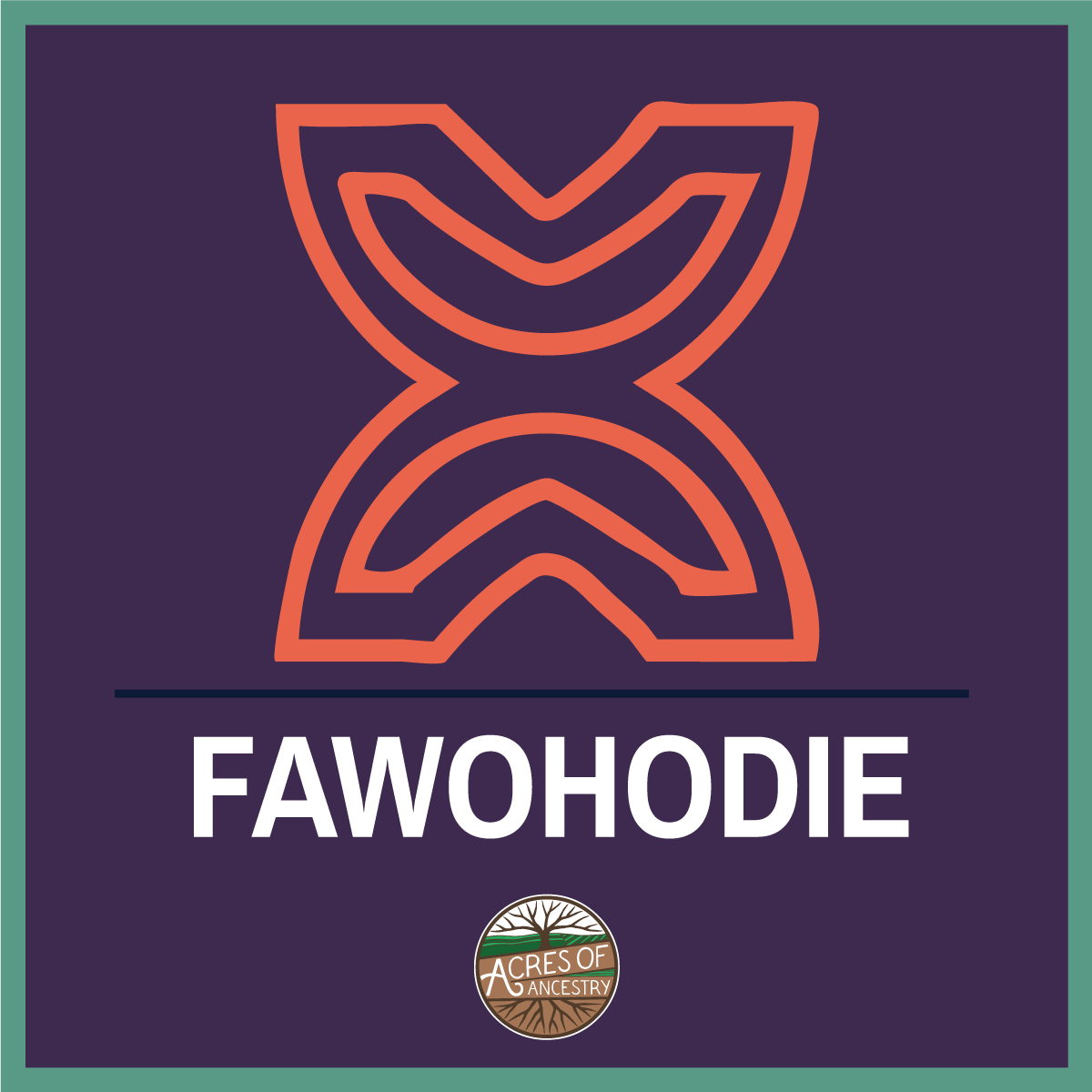 This is the symbol positioned on the upper right hand of Ananse. It is seen above the Fawohodie symbol. “Ananse Ntentan” literally translates as “the spider’s web.” In Asante, “Ananse” is “spider” and “Ntentan” means “web.” This symbol represents wisdom, creativity, and the complexities of life. 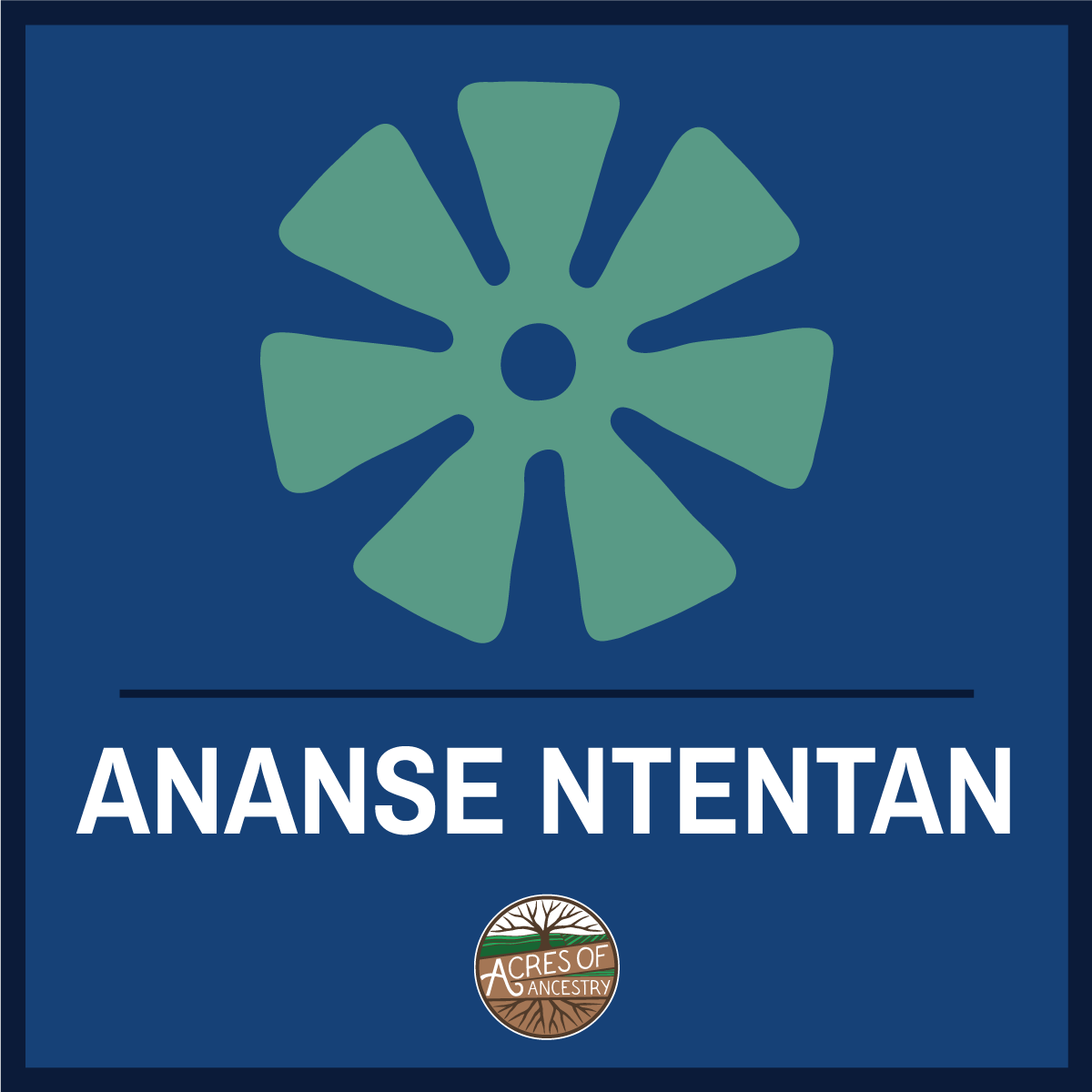 This is the symbol levitating on Ananse’s middle left hand. “Akoben” literally translates as “war horn.” It is a symbol of vigilance and alertness—a horn used to sound a battle cry. The sound warns the tribe of impending danger so they can prepare for an attack and set up a defense to protect their territory from the enemy. Beloved Queen Nanny of the Windward Maroons was known to carry an akoben. 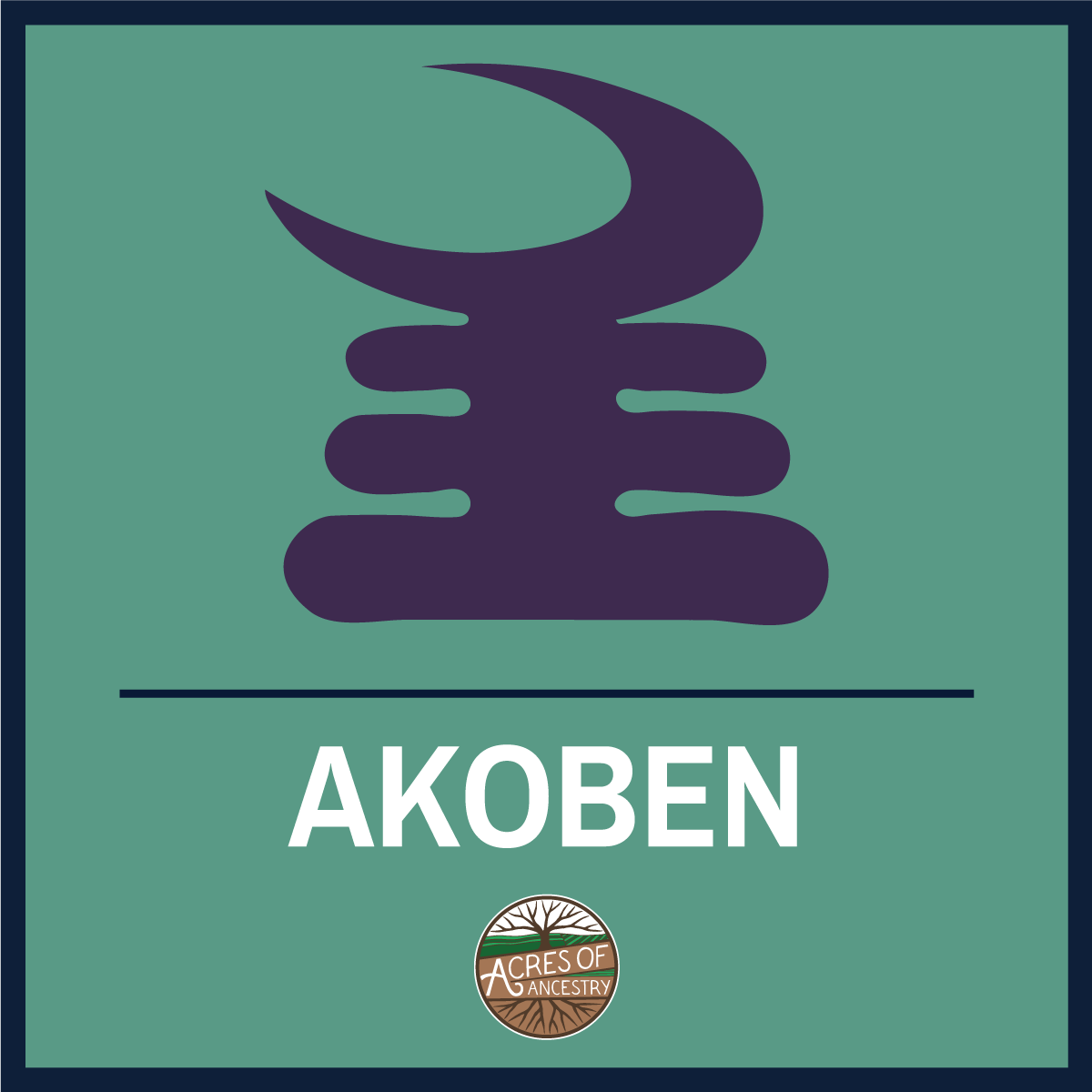 Boa Me Na Me Mmoa Wo

The symbol is printed on the front of the Kwaku Ananse’s batakari. It translates as “help me and let me help you.” It is an Adinkra symbol of cooperation and interdependence. 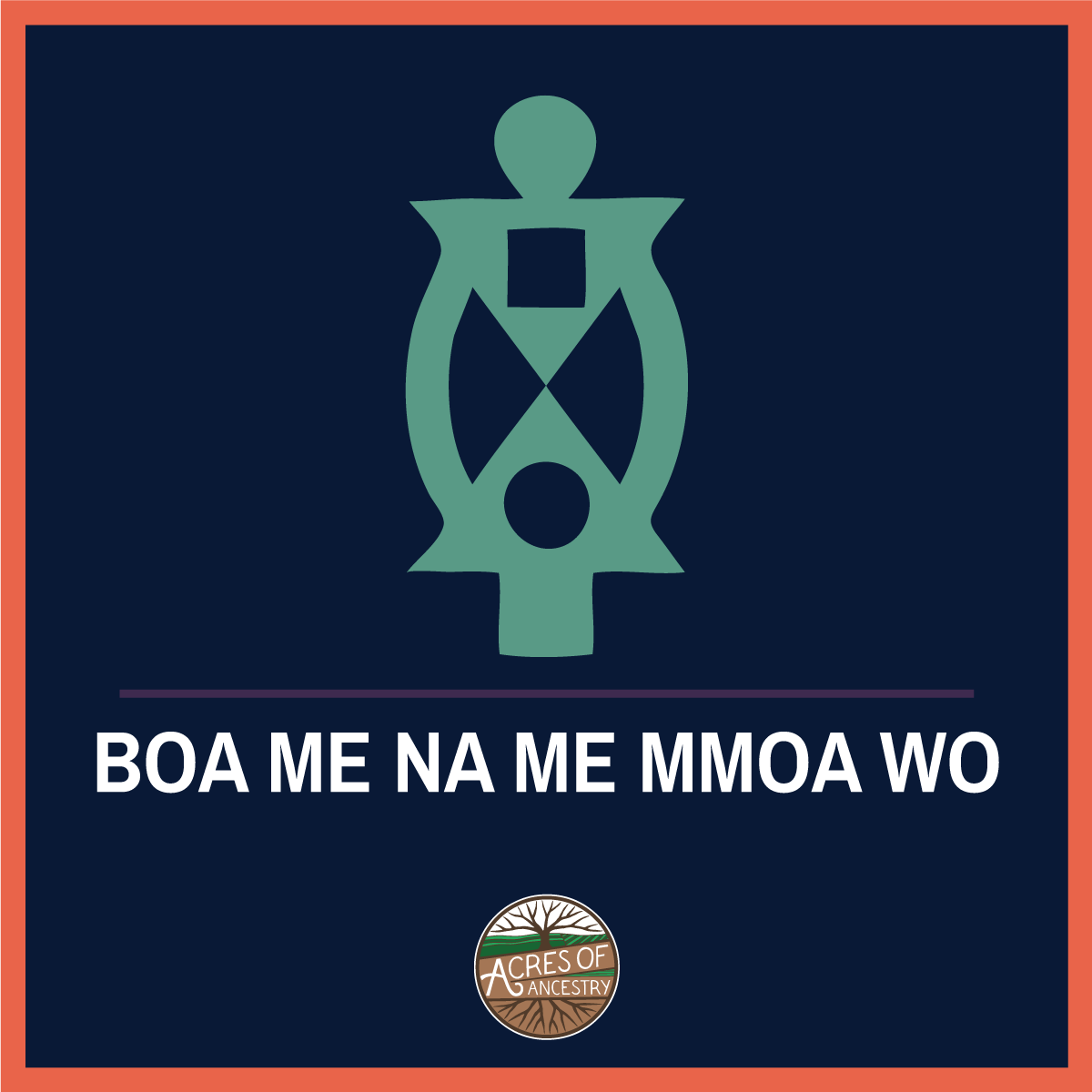 This symbol is positioned on the worn hat of Ananse, an immediate message that he is indestructible. “Hye Won Hye” means “that which does not burn” and is a symbol of imperishability and endurance. This symbol gets its meaning from traditional priests that were able to walk on fire without burning their feet, an inspiration to others to endure and overcome difficulties. 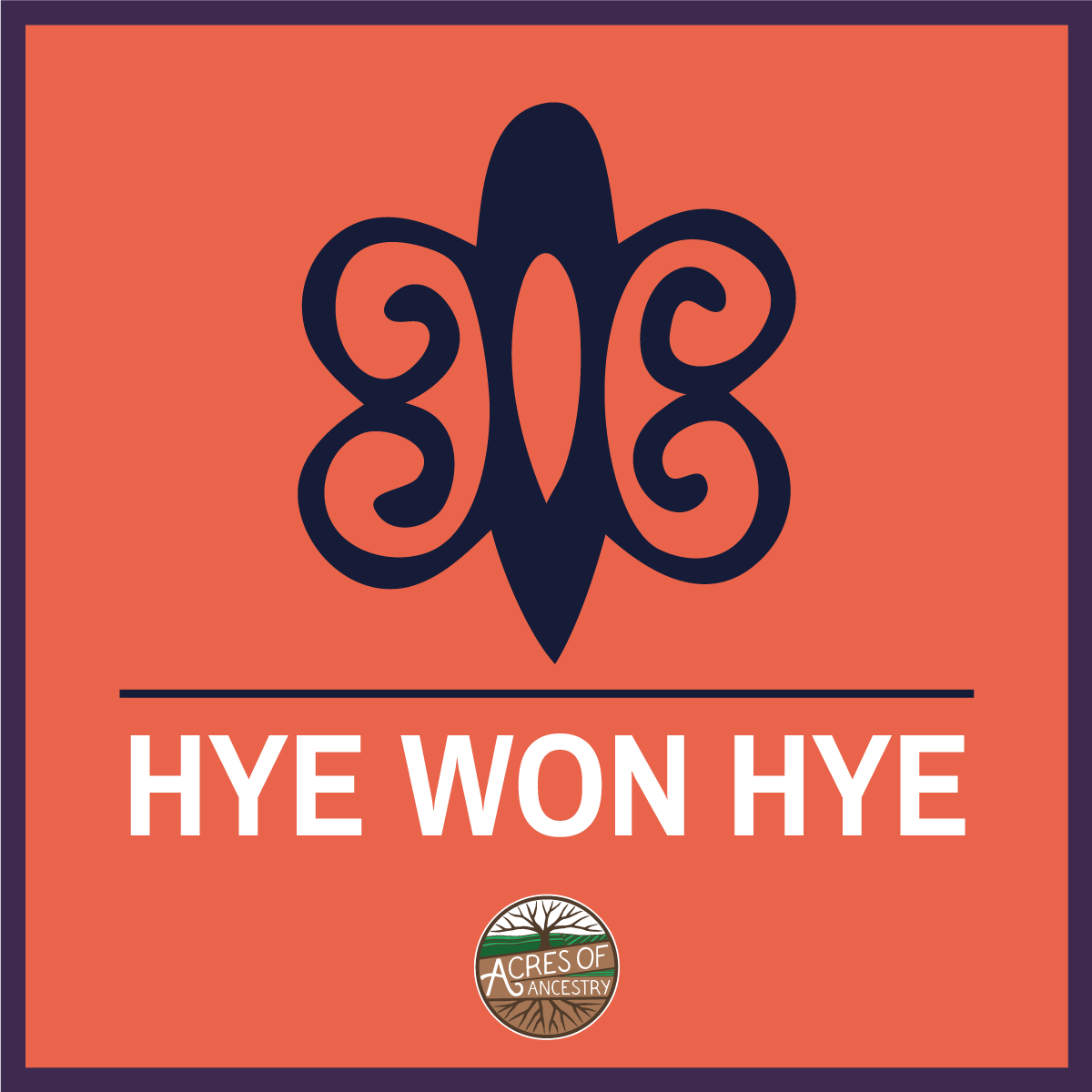 The river Ananse is wading through represents the challenges and obstacles to overcome and fulfill collective liberation. 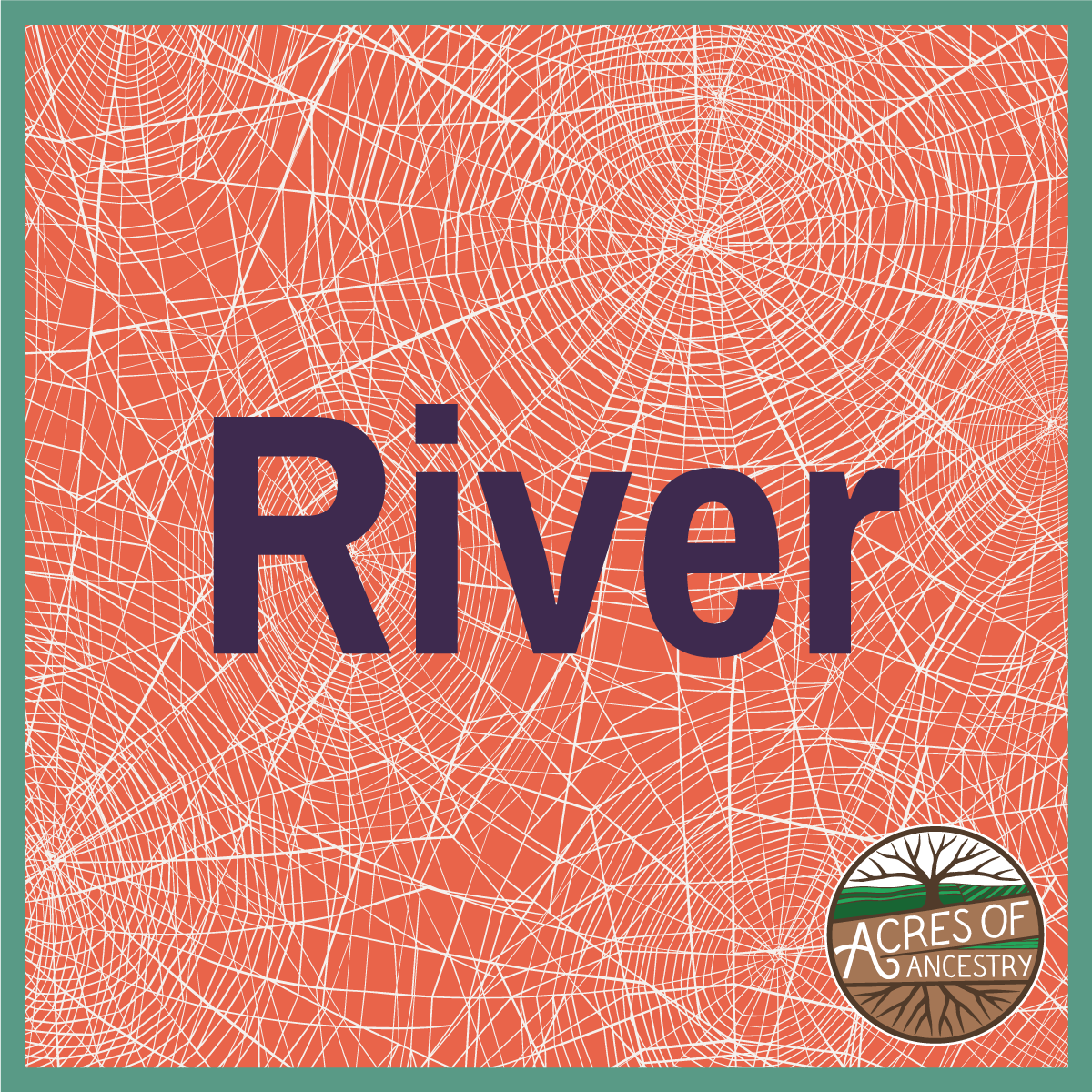 Kente is “nwentoma” or woven cloth. It is made from rich silk and cotton strips interwoven into beautiful, intricate patterns. The weaver often assigns a meaning or name to the finished kente cloth. In Asante history, legend is told of friends, Ota Karaban and Kwaku, from a town called Bonwire in Ghana. The friends were taught weaving lessons from a spider weaving its web. The weave of several threads signifies the beauty of the differences of Black people when they come together for one purpose and destiny. 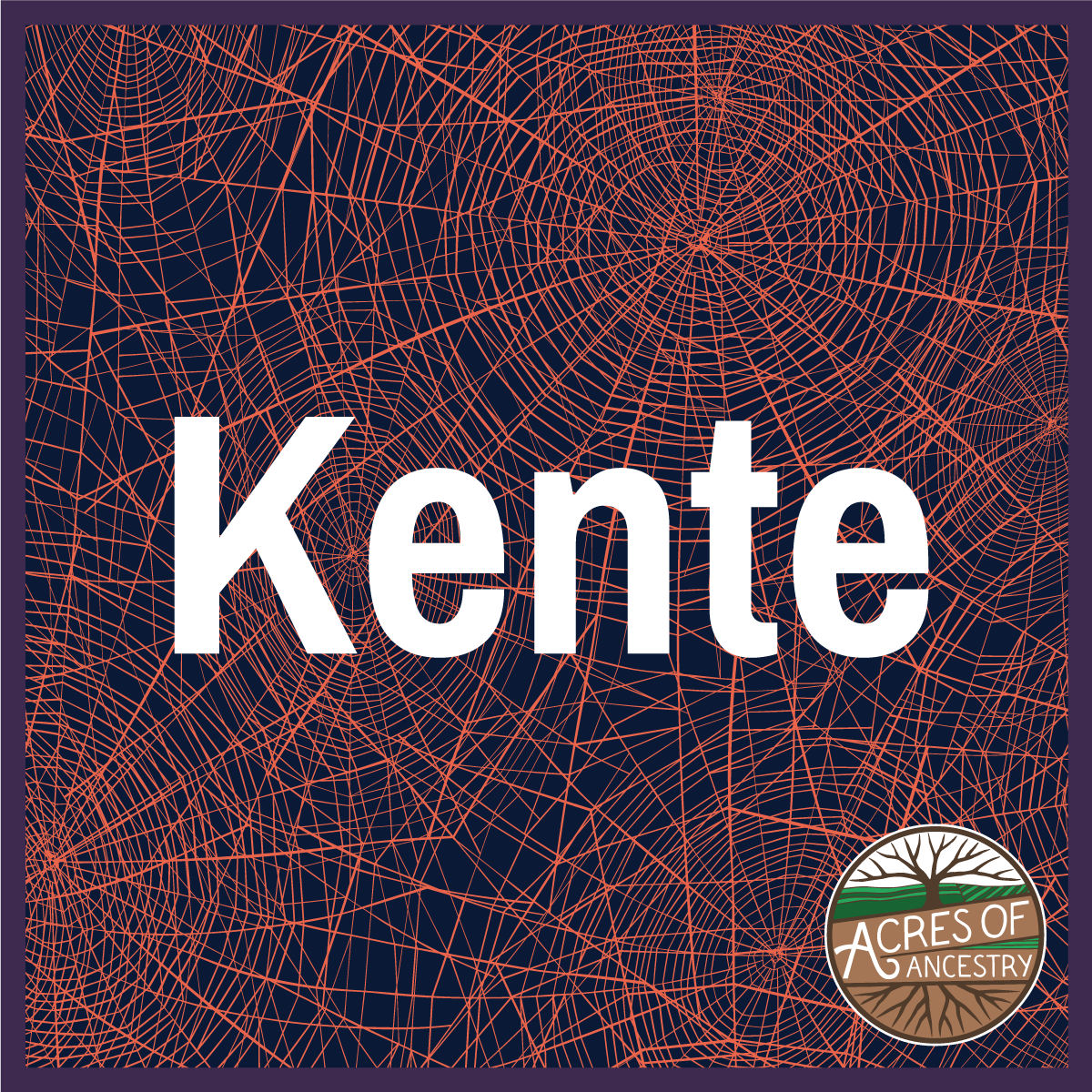 Stars In The Sky

The stars twinkling in the night sky represent the presence of the Ancestors watching their descendants as they work together to restore sovereignty and create a luminous future. 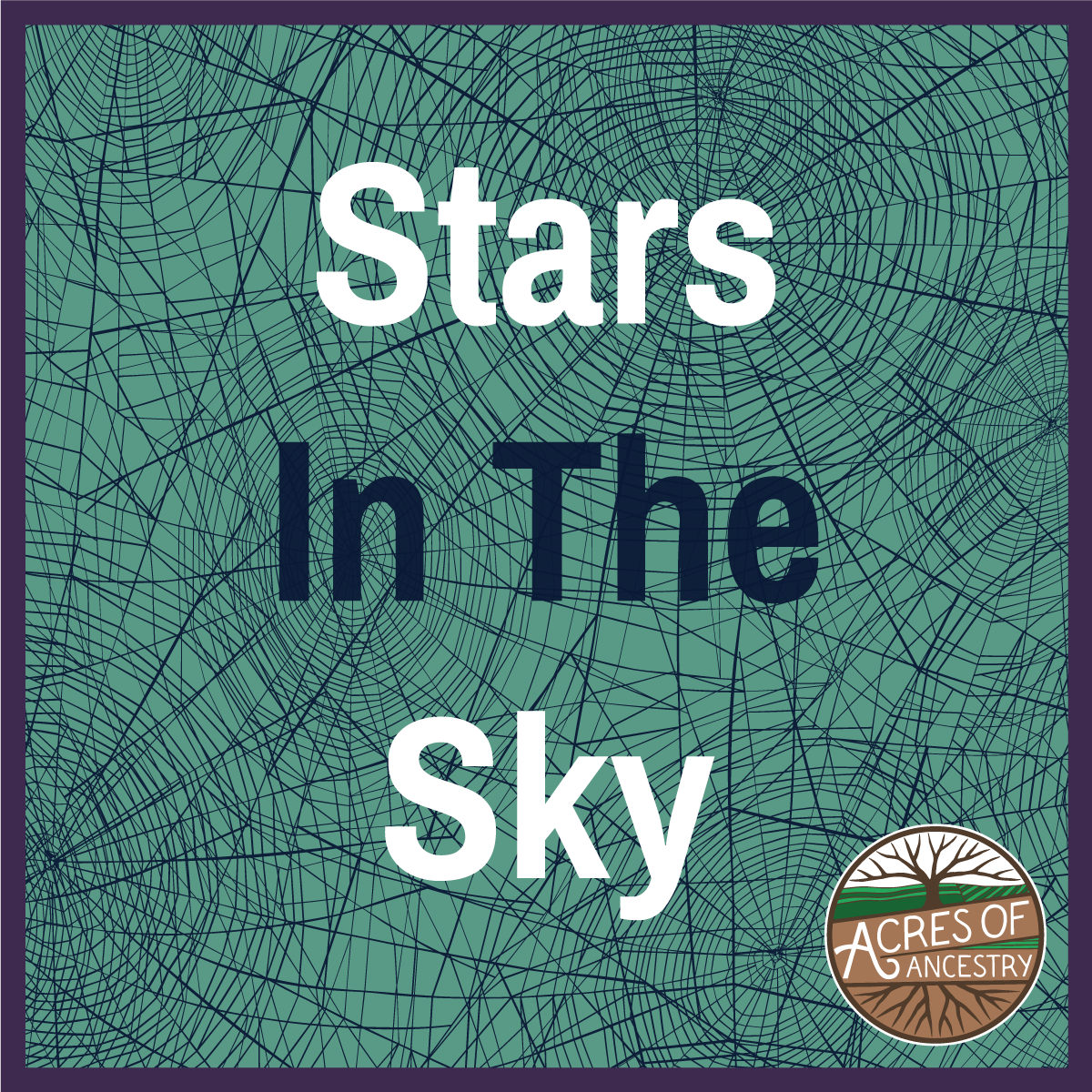