Return Of The Bees
Multimedia Project

The Southern Black Rural Imagination is regenerative when boundless and interdependent.

The prayers of our Ancestors are still here on Earth. I pray for you to have the sight of the eagle, to speak with thunder, and to speak not for yourself, but as an oracle of God.

The Return of the Bees Multimedia Project traverses the history, evolution, and futurism of southern Black agrarian material culture, including fiber arts and heritage quiltmaking, while revering the culture bearers who carry these traditions through documentation and cooperative economy. Deeply inspired by the Freedom Quilting Bee paradigm—cooperative, community-centered, and self-determined, our multimedia project launched along a red clay dirt road in Alberta, Alabama. We tell our own stories to remember and pass it on. 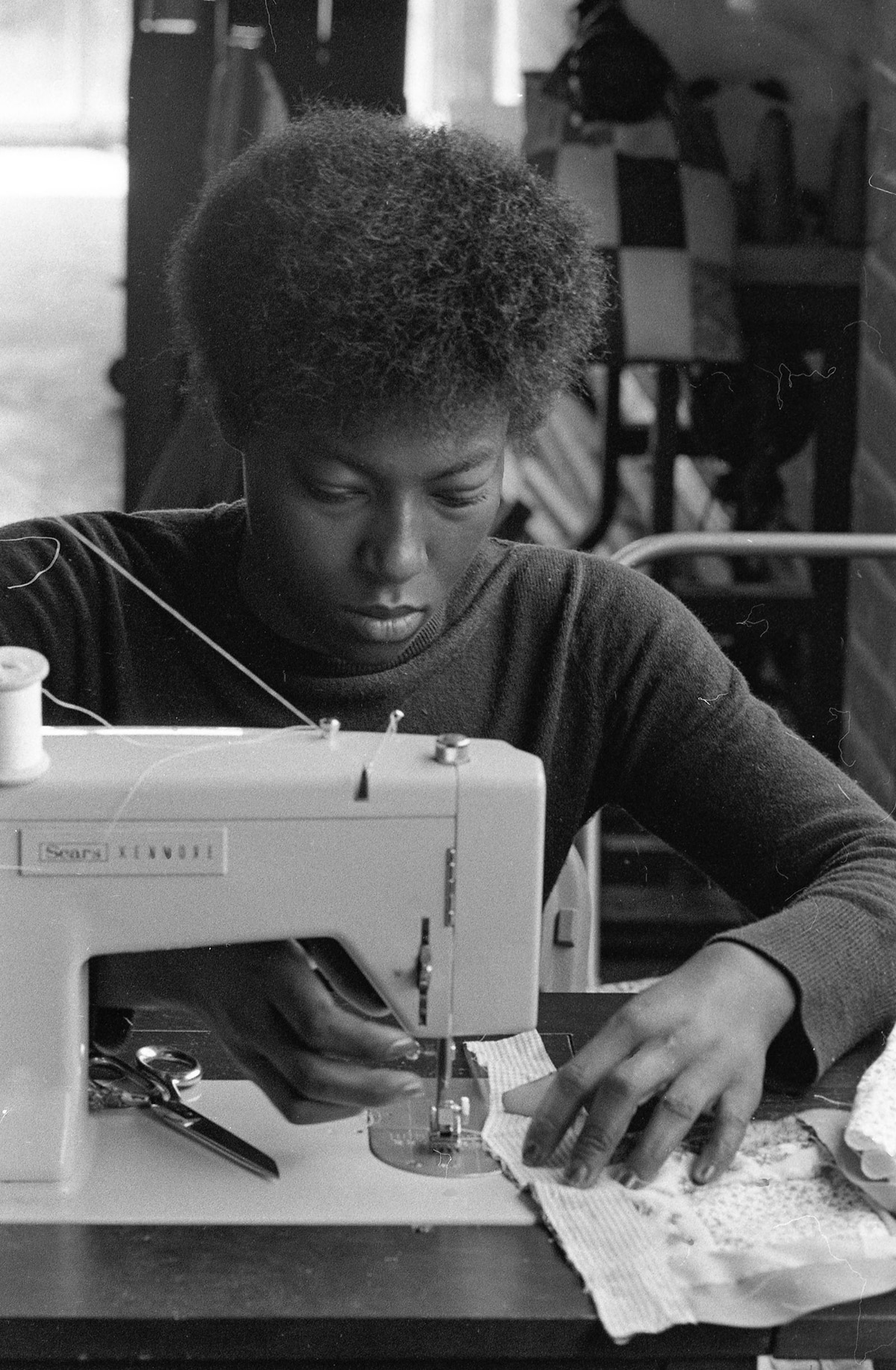 On March 26, 1966, sixty Black women agrarian-artisans from villages throughout the Alabama Black Belt including Alberta, Gee’s Bend, Possum Bend, Polk Junction, and Selma gathered at Antioch Baptist Church to form the Freedom Quilting Bee, a textilecraft cooperative birthed out of the Civil Rights Movement. Many coop members including Patti Irby (pictured above) were active in the civil rights demonstrations in Camden, Alabama and were jailed for their resistance to systemic white domination. With a collective determination to build an alternative economy rooted in the values and imaginations of the community, the Freedom Quilting Bee became the largest community-owned enterprise in Alberta and the surrounding area.

During the bread-and-butter years, supported by the coop’s decade-long contract with Sears to make corduroy pillow shams, the Freedom Quilting Bee had over 150 members. According to the documentary, With Fingers of Love Freedom Quilting Bee, the Freedom Quilting Bee had gross sales of $6,000 in 1966; $22,000 in 1968; and projected sales of $100,000 in 1969. With the surplus generated from sales to individuals, department stores, and interior design firms, coop members were able to supplement their farming incomes; purchase washing machines and refrigerators for their homes; care for their families; and qualify for social security benefits. 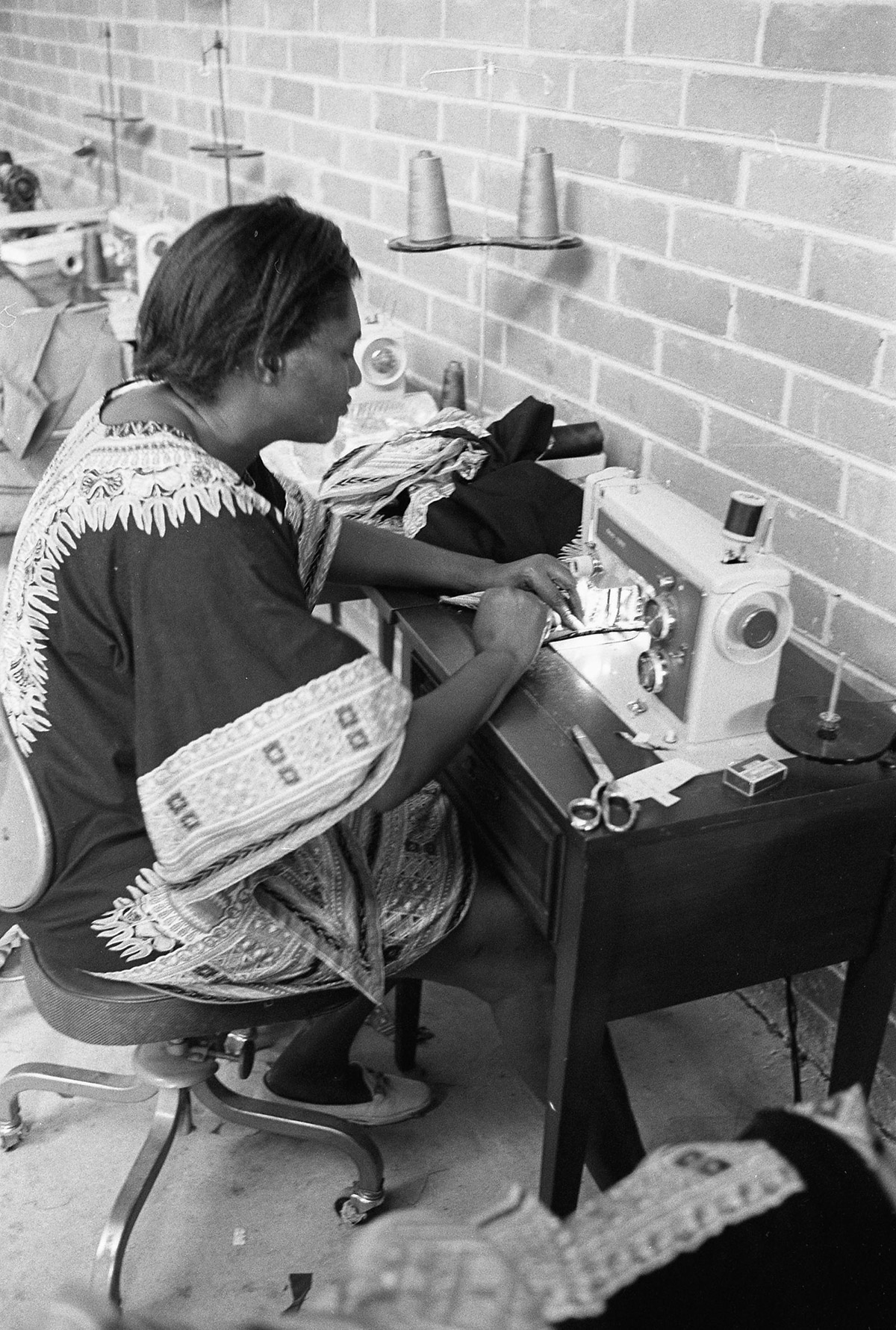 Freedom Quilting Bee Collection (1974). Courtesy of Patricia Goudvis.
Throughout the 1970s, the Freedom Quilting Bee filled large orders of their interpretation of the traditional African dashiki garment—the solidarity garment of the Black Liberation and Cultural Reclamation Movements of the late 1960s. The Freedom Quilting Bee’s dashikis found a steady clientele in the Washington, DC metro area, Chicago, Atlanta, and Berkeley, California. Ms. Leola Pettway (pictured above) proudly wears a dashiki while working to fill an order. 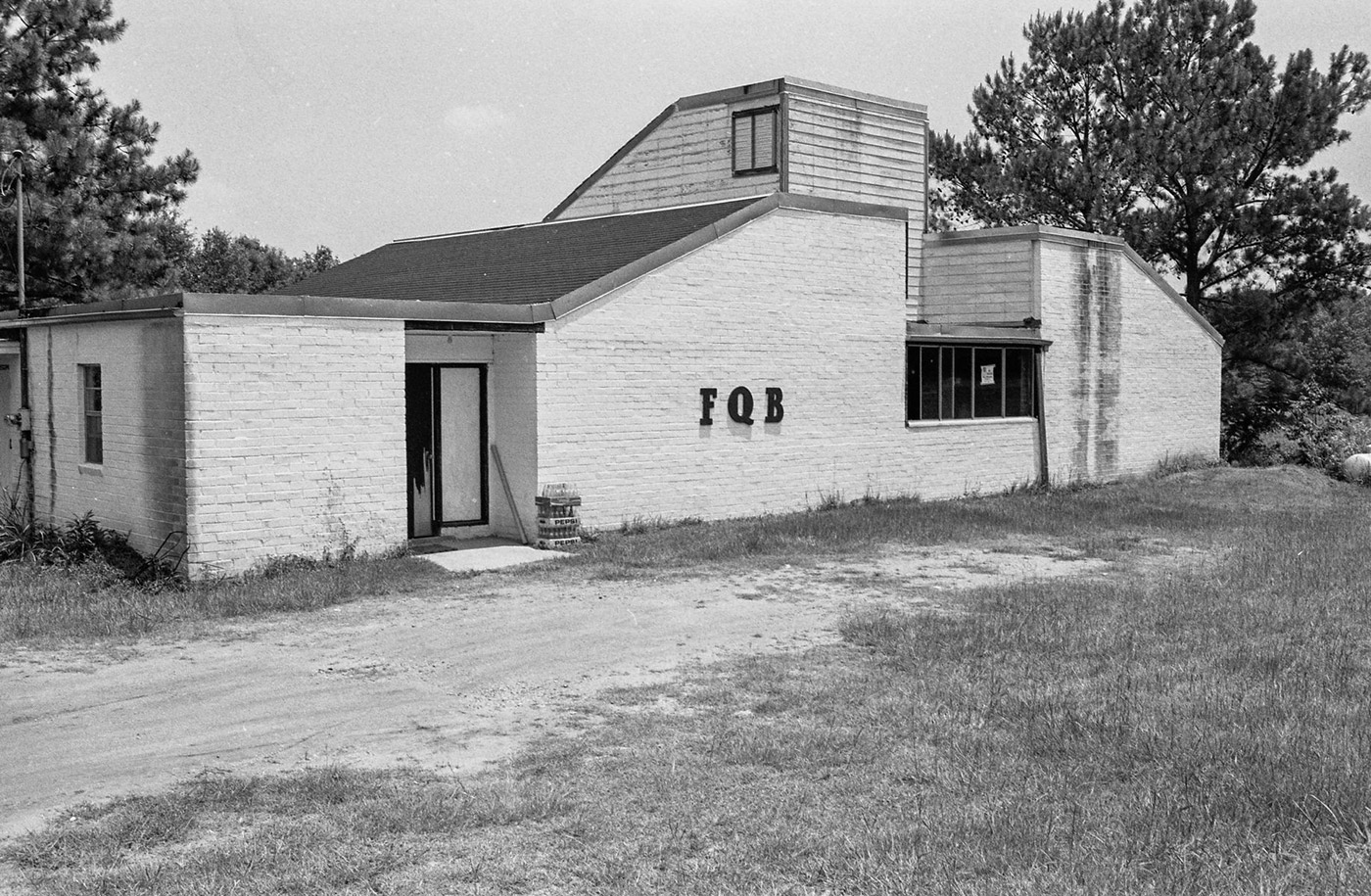 Freedom Quilting Bee Collection (1974). Courtesy of Patricia Goudvis.
During the formative years of the Freedom Quilting Bee, the coop members worked out of their own homes or the home of the Bee’s first coop manager, Estelle Abrams Witherspoon, and her supportive husband, Eugene Witherspoon. Estelle Witherspoon, affectionately known as “Stella” to her friends, or “T-Stella” to the children in the community, supervised the first ten years of governance of the Bee and encouraged coop members to learn every position within the coop. When reflecting on what she would want people to know about her, Estelle Witherspoon once said, “I’m just plain Estelle.”

On March 22, 1969, the Freedom Quilting Bee celebrated the historic groundbreaking of the Martin Luther King, Jr. Memorial Sewing Center. Many of the founding members were either tenant farmers or one generation removed from tenant farming, so this collective feat of land ownership was a high-spirited ceremony punctuated by freedom songs from Bernice Johnson Reagon, founding member of the Student Nonviolent Coordinating Committee’s (SNCC) Freedom Singers in the Southwest Georgia Movement. Living in Black Belt Alabama, the Bee’s founding members carried traumatic stories of white landowners enforcing racial caste through violent land dispossession of tenant farming families involved in the Civil Rights Movement. To support the interwoven aims of voting rights, human dignity, mutual aid, economic autonomy, and land abundance, the Freedom Quilting Bee sold eight plots from their 17-acre parcel to landless coop members and used the remaining land to raise pigs and cattle to develop additional revenue streams for the coop. Several coop members and/or their descendants still reside on their beloved homeplaces created out of the collective spirit of the Freedom Quilting Bee. 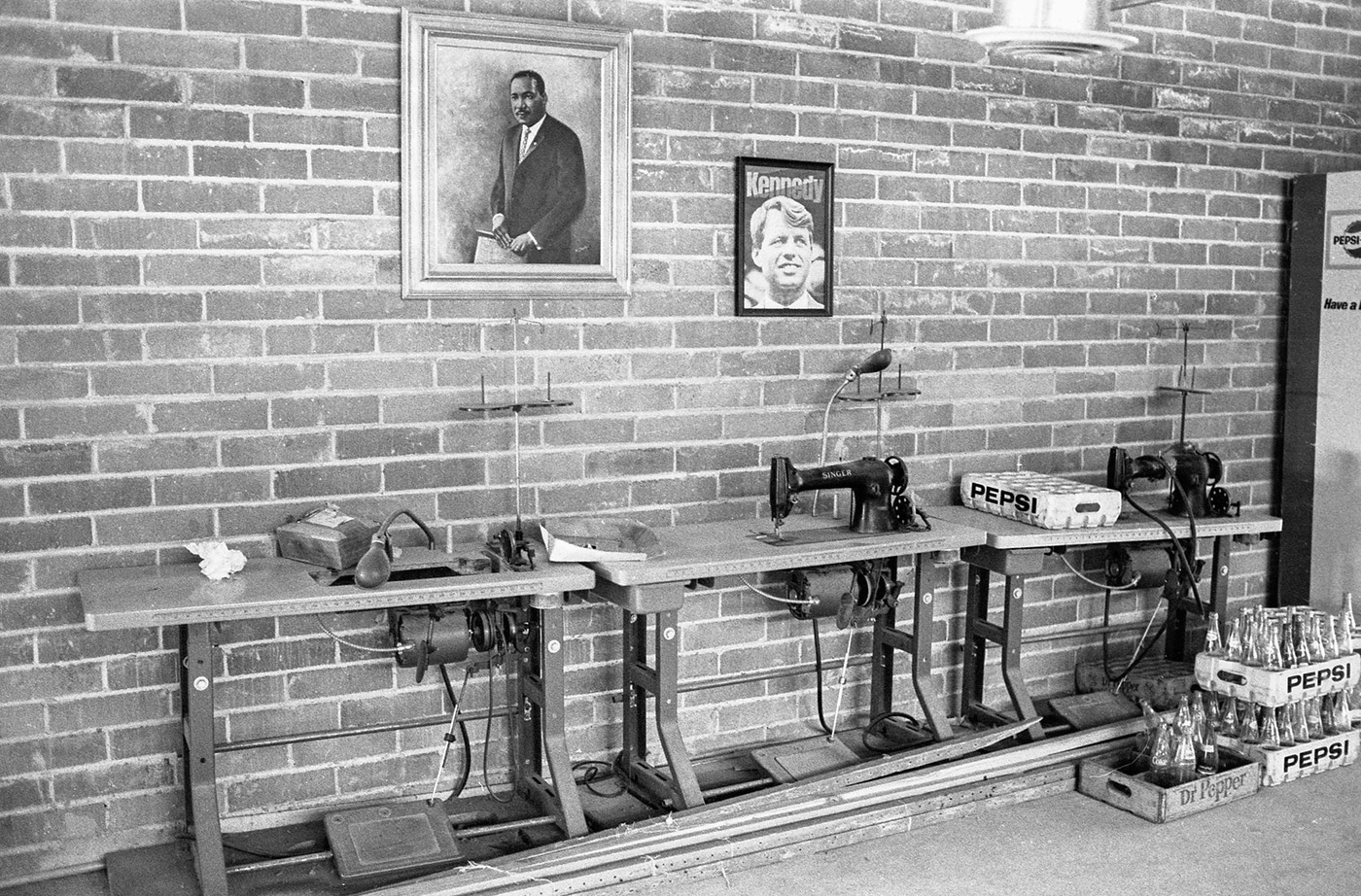 When the Freedom Quilting Bee coop members settled into their new sewing center built by the volunteer labor of Beloved Community, the women made it their own. The coop members worked together in an informal, open space and often filled workdays with song and conversation. They prepared lunch and ate together. The women possessed a joy that comes from self-reliance and sanctuary. 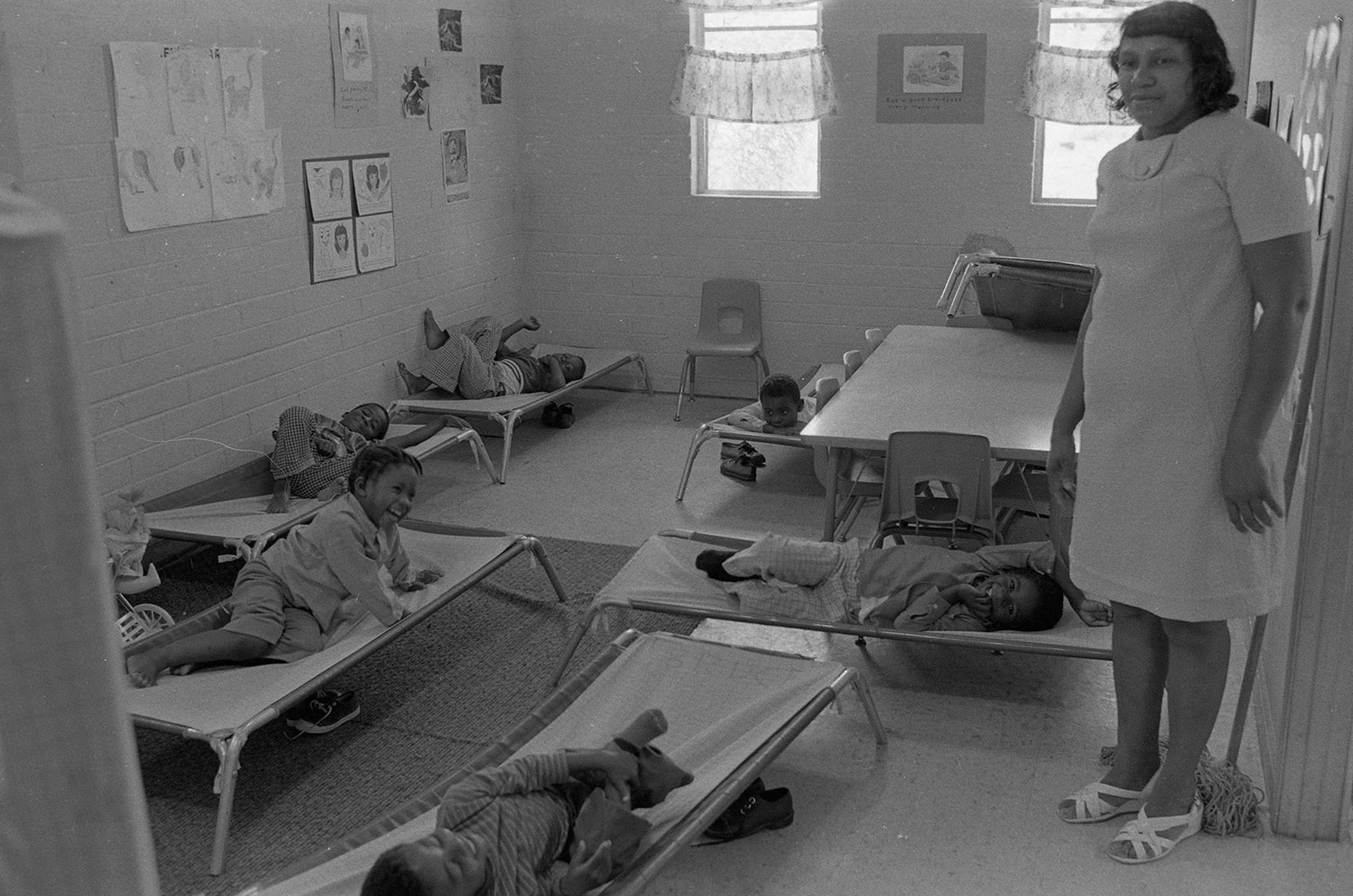 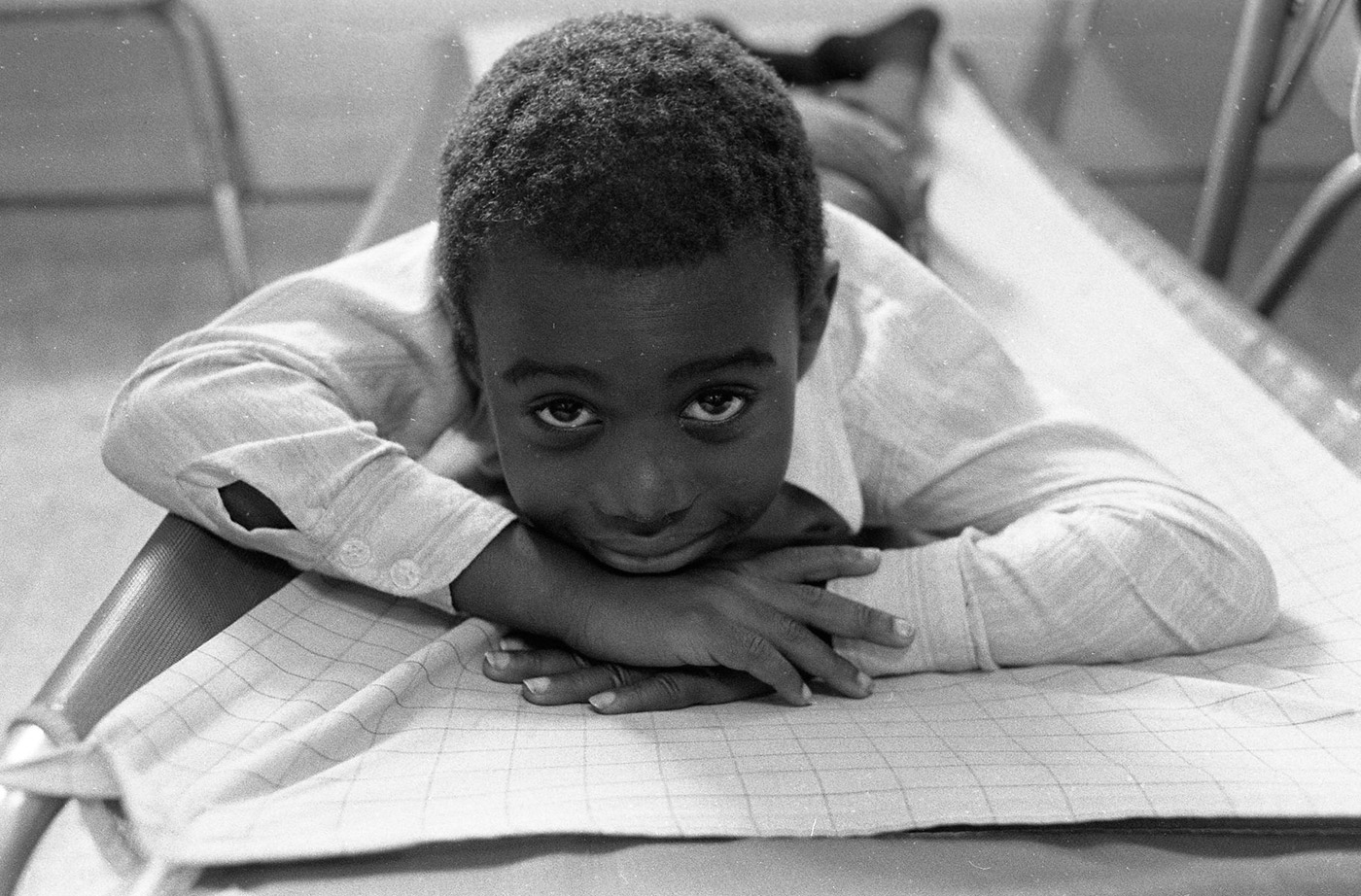 Freedom Quilting Bee Collection (1974). Courtesy of Patricia Goudvis.
Being a matriarchal coop, the Bee opened the Freedom Quilting Bee Day Care Center in mid-1970 to care for the coop members’ children while the members worked at the sewing center. The day care center also served numerous families in the surrounding area. In Nancy Callahan’s seminal book, The Freedom Quilting Bee, Mary Boykin Robinson, Director of the FQB Day Care Center, beamed “we can keep them until they get ready to go to school. Some of them go to kindergarten but most of them stay here until graduation. We’re not pinning flowers on ourselves, but everybody says that they are really ready when they get there.” Mary Robinson (pictured above) transitioning happy children to naptime. 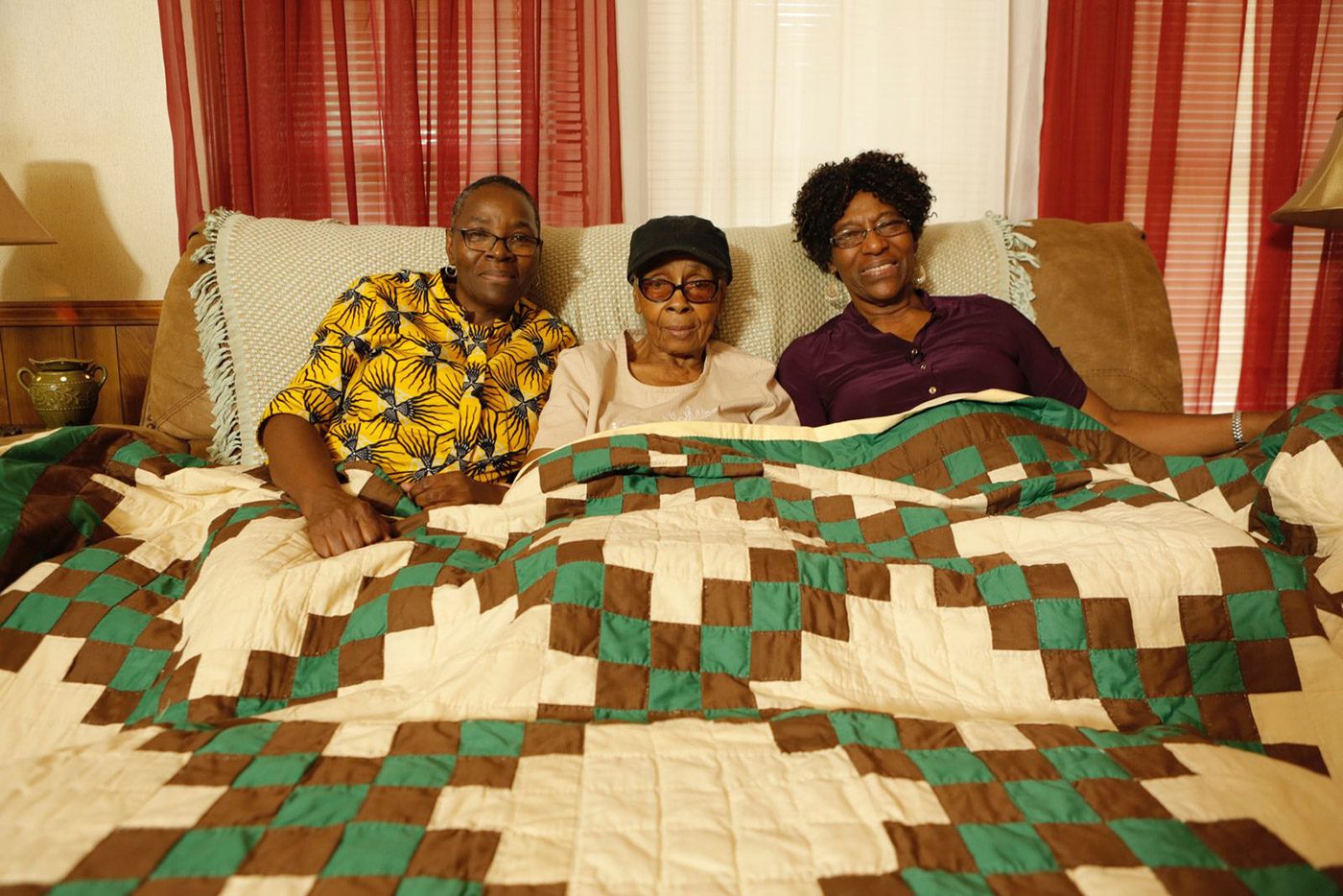 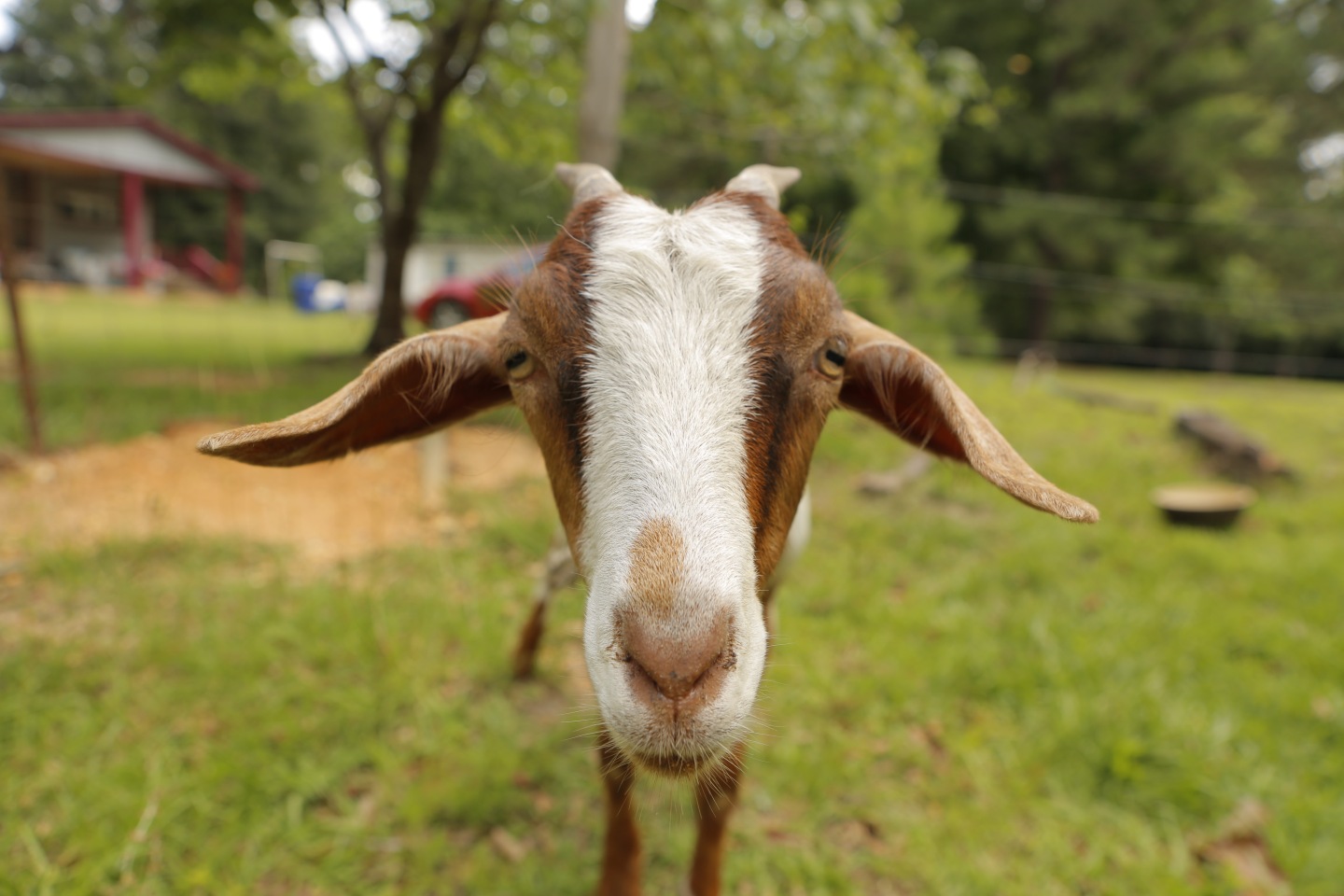 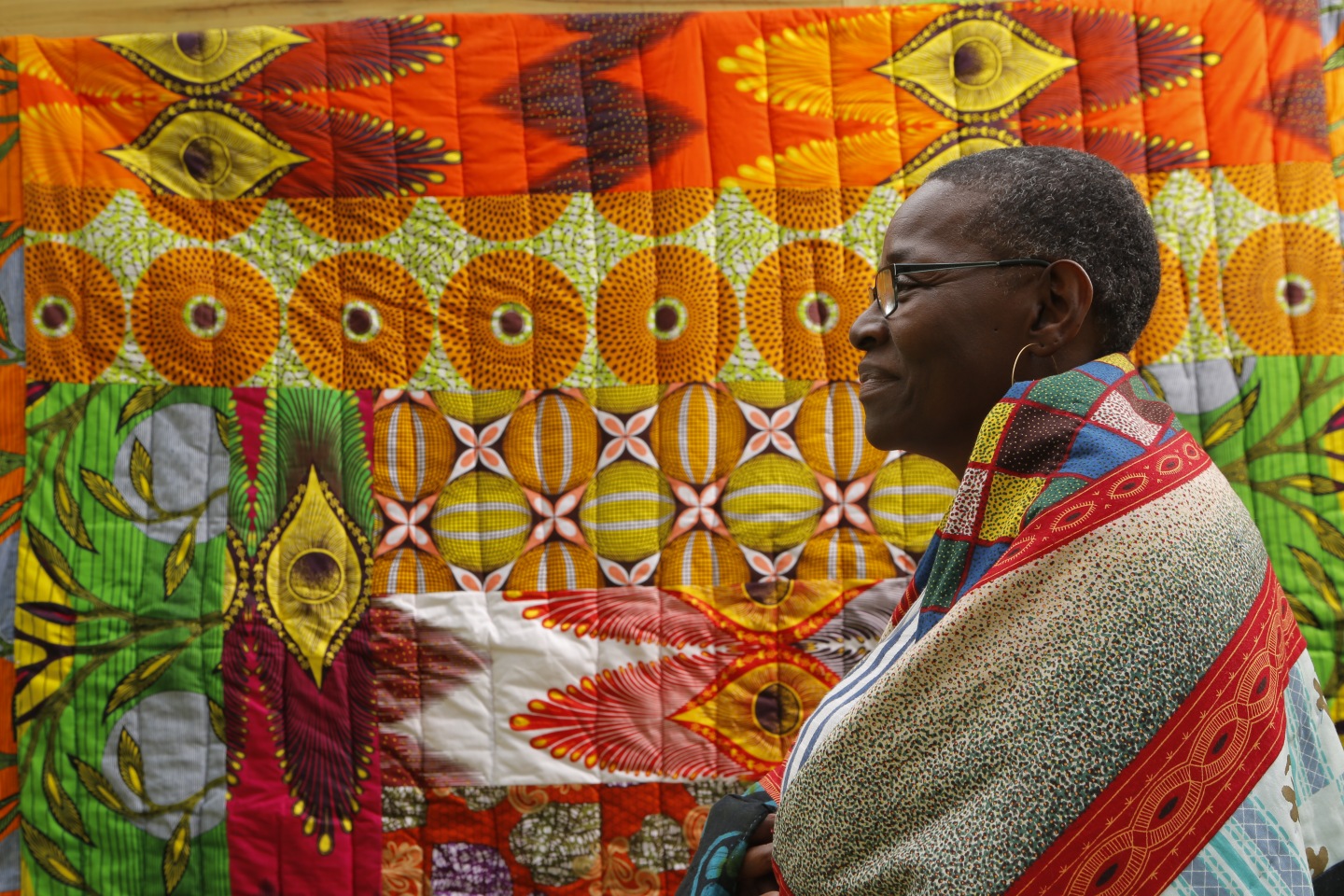 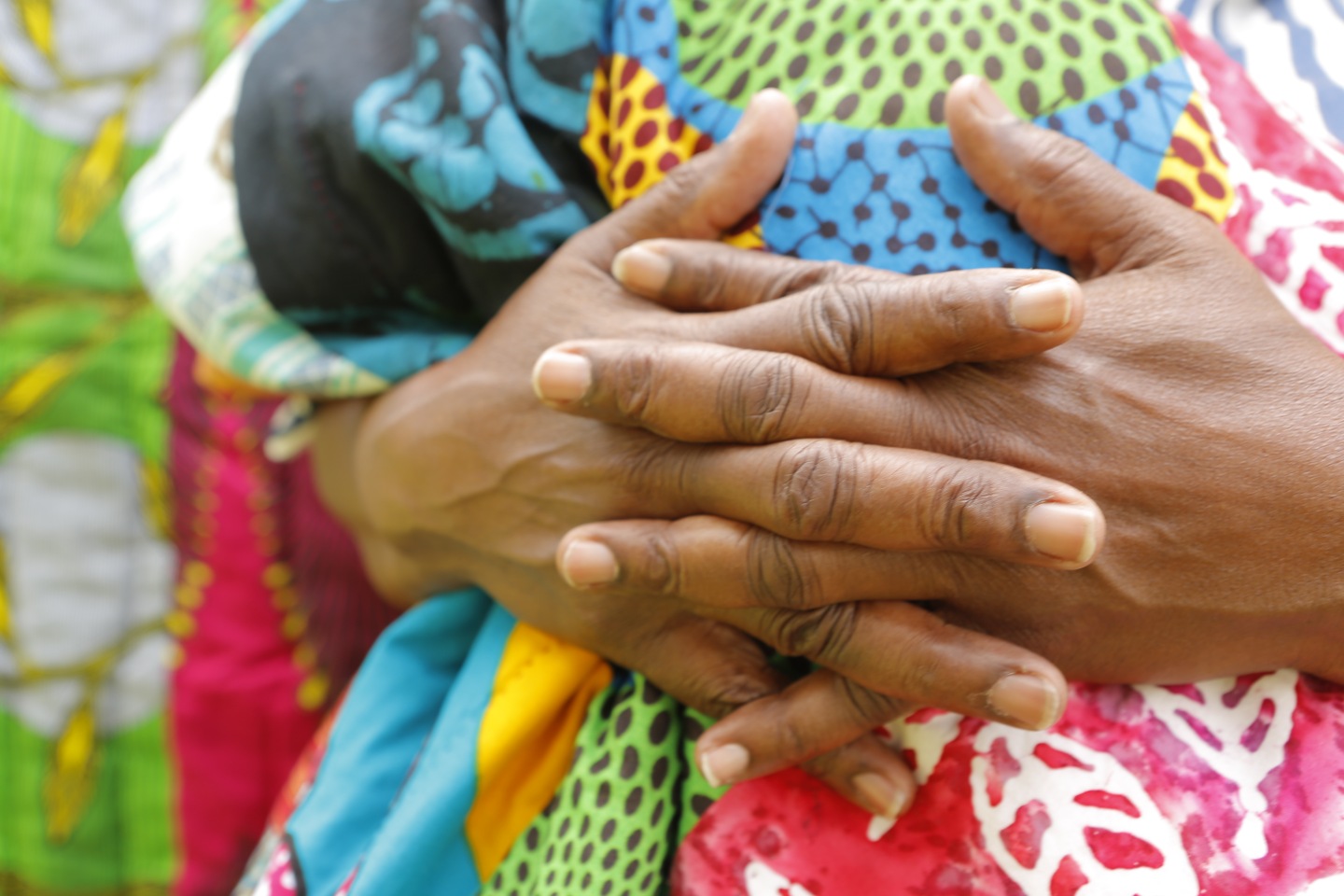 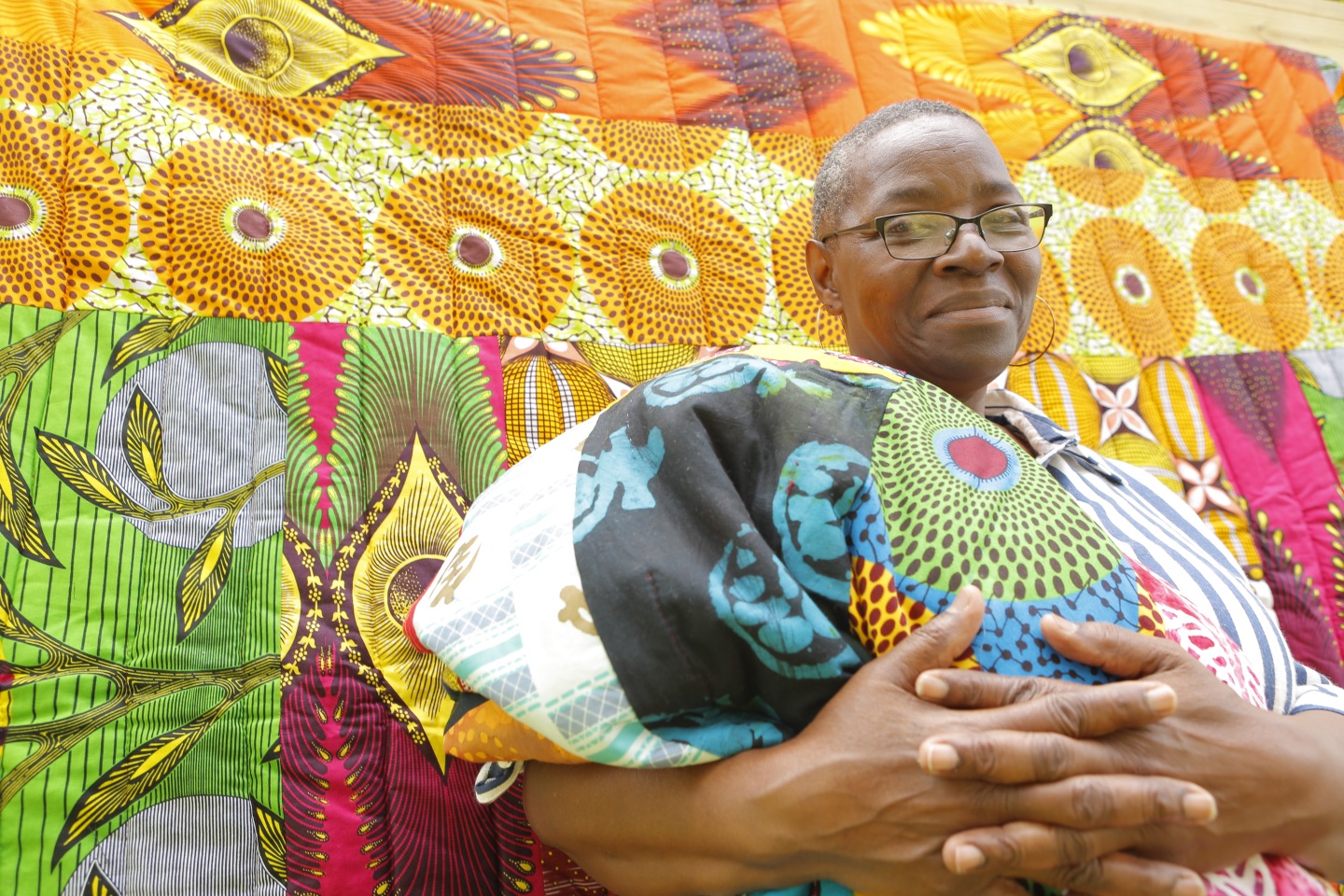 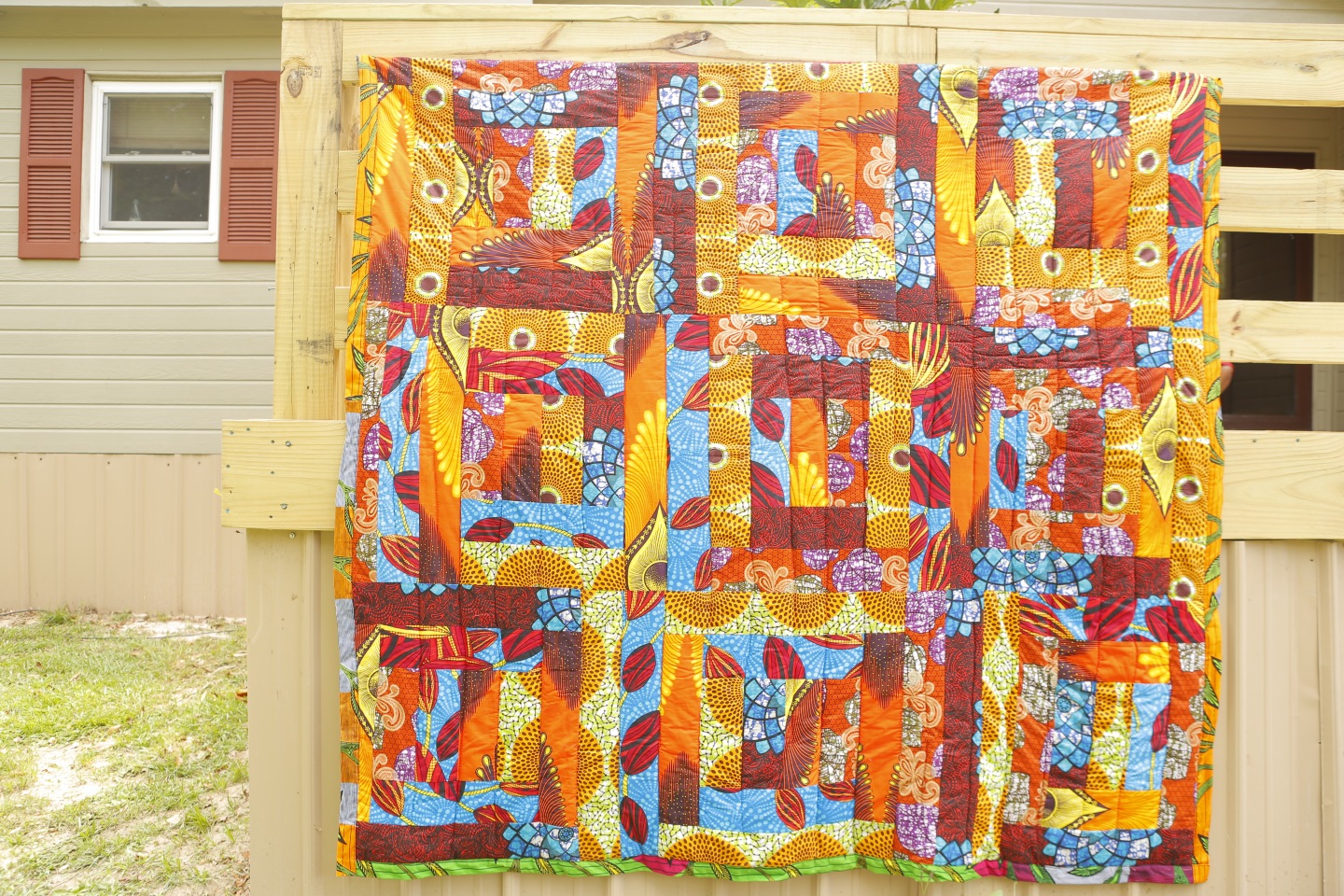 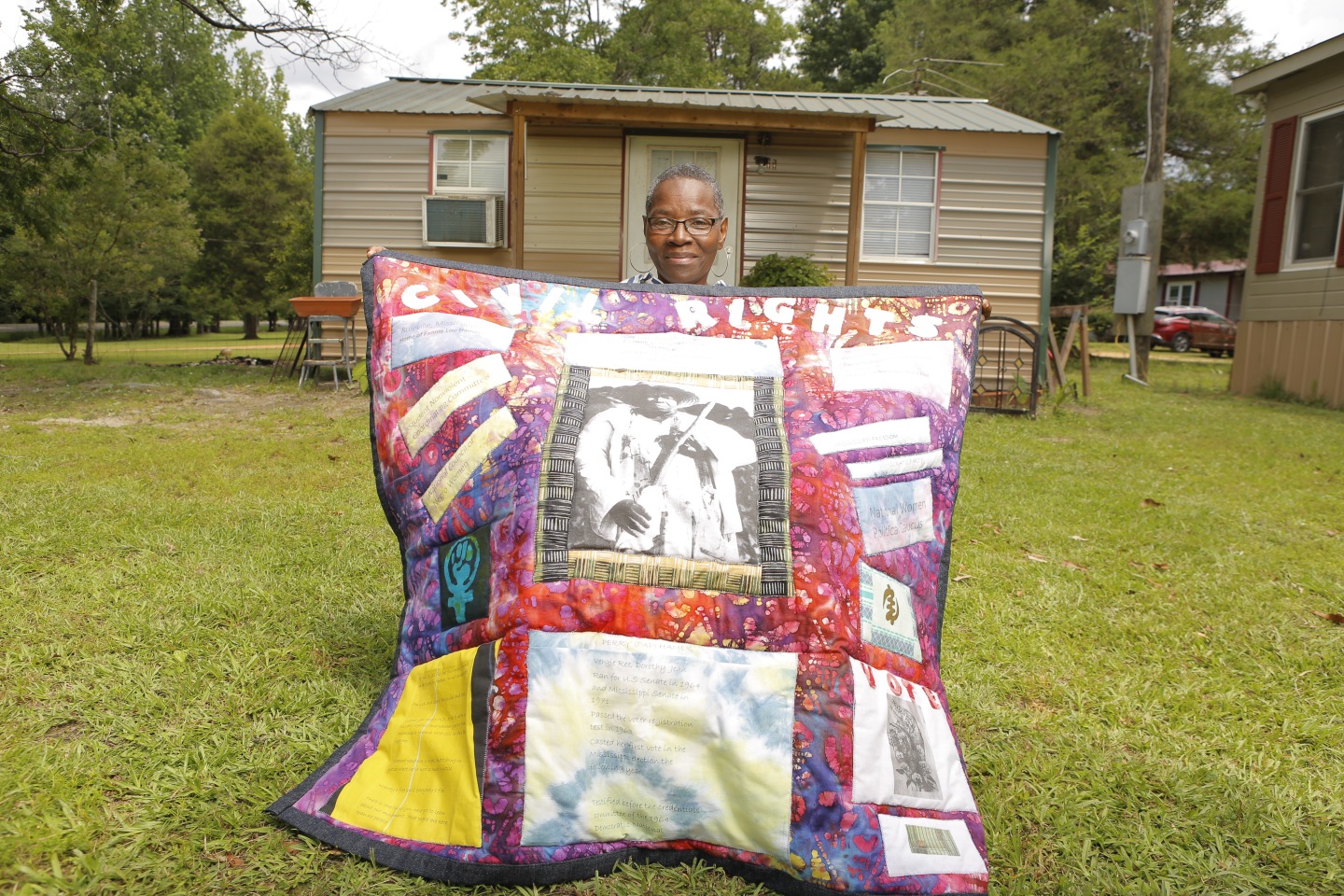 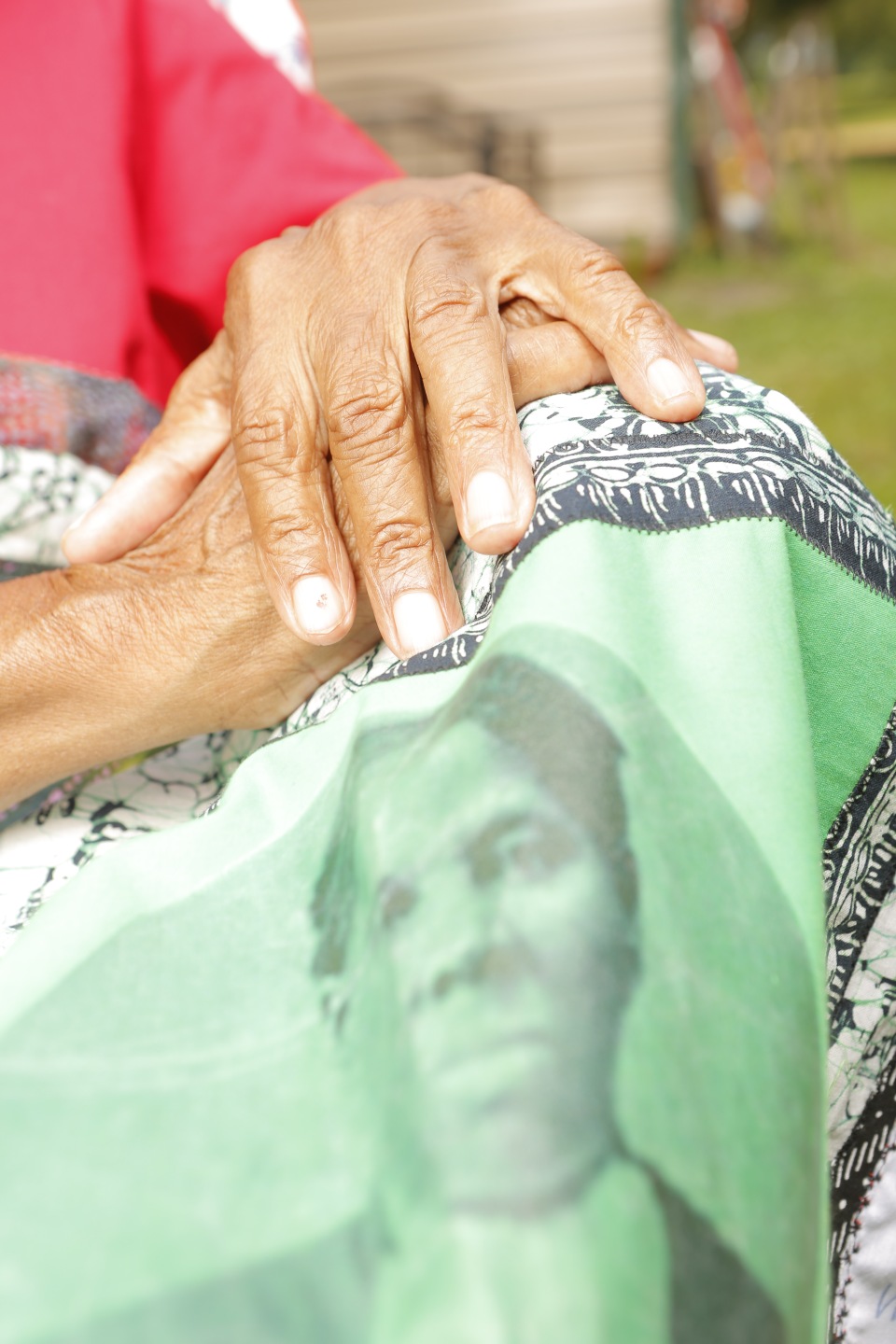 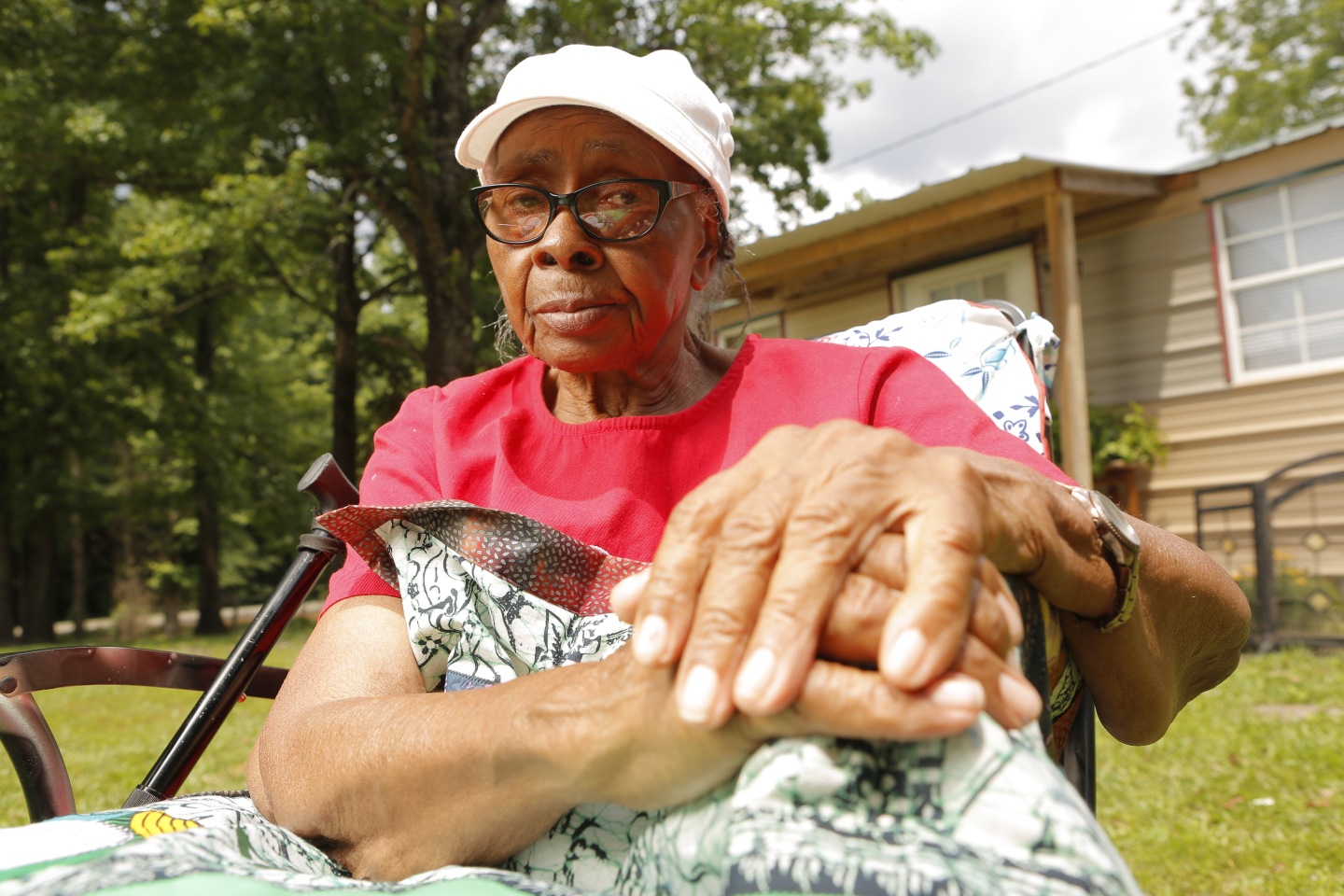 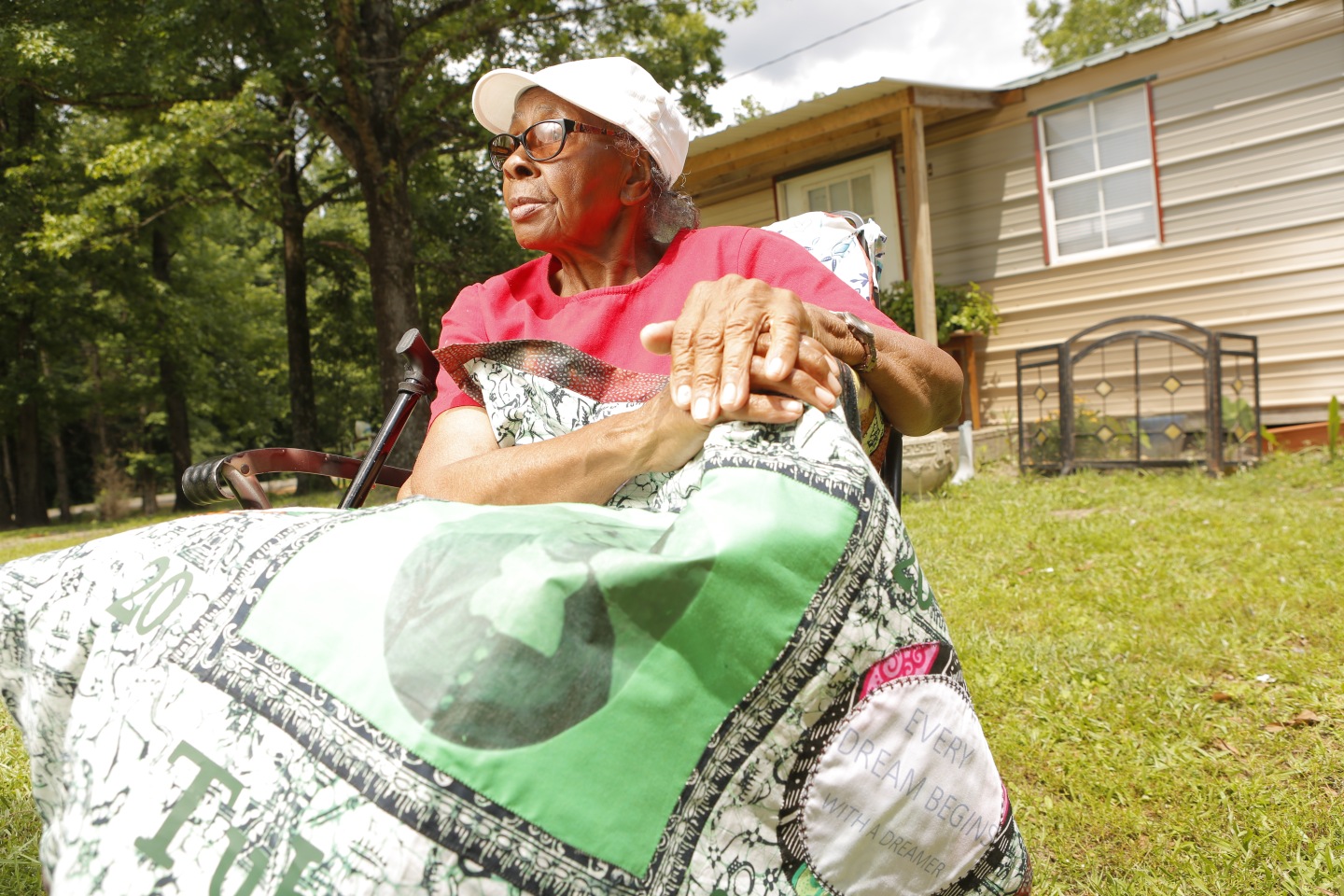 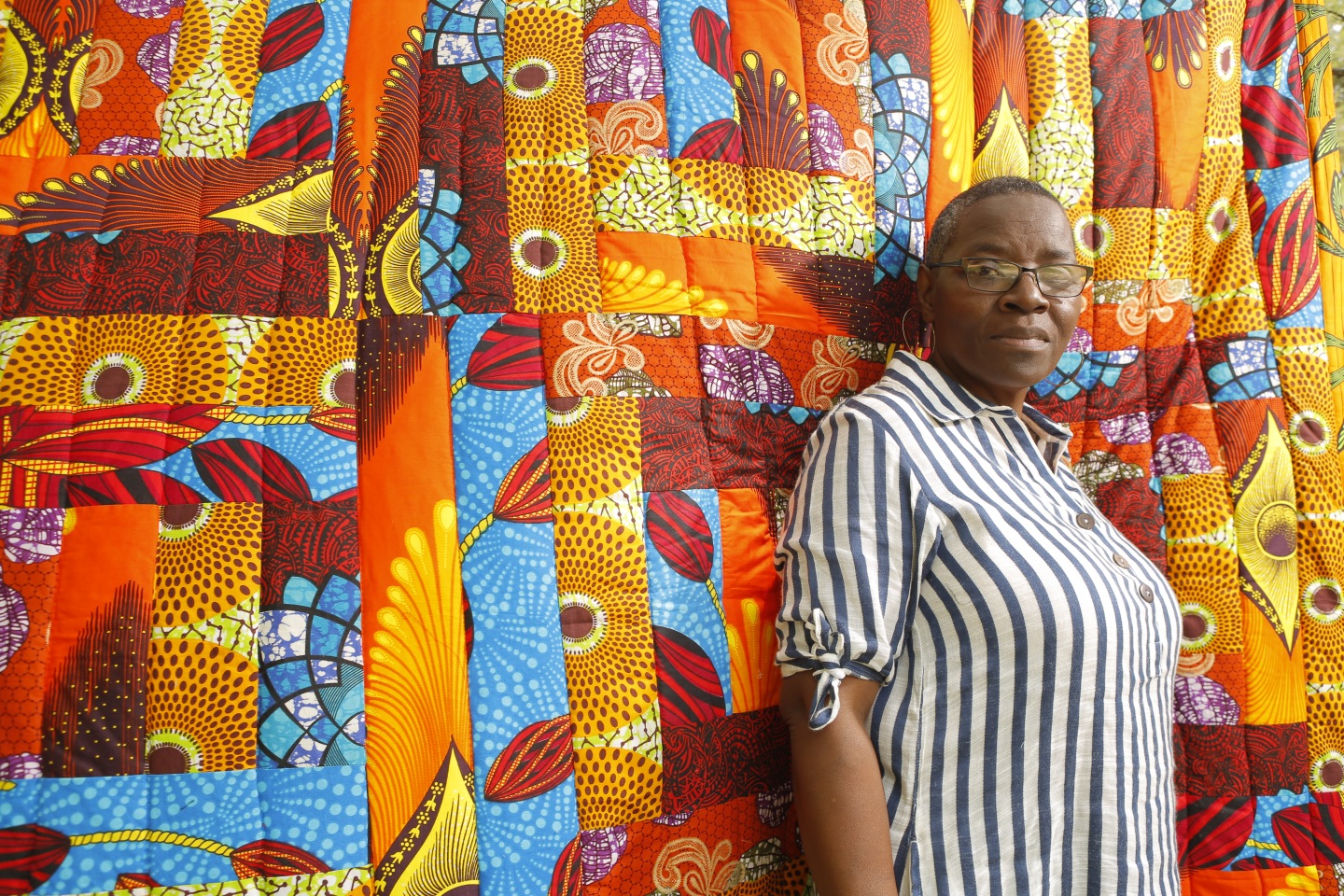 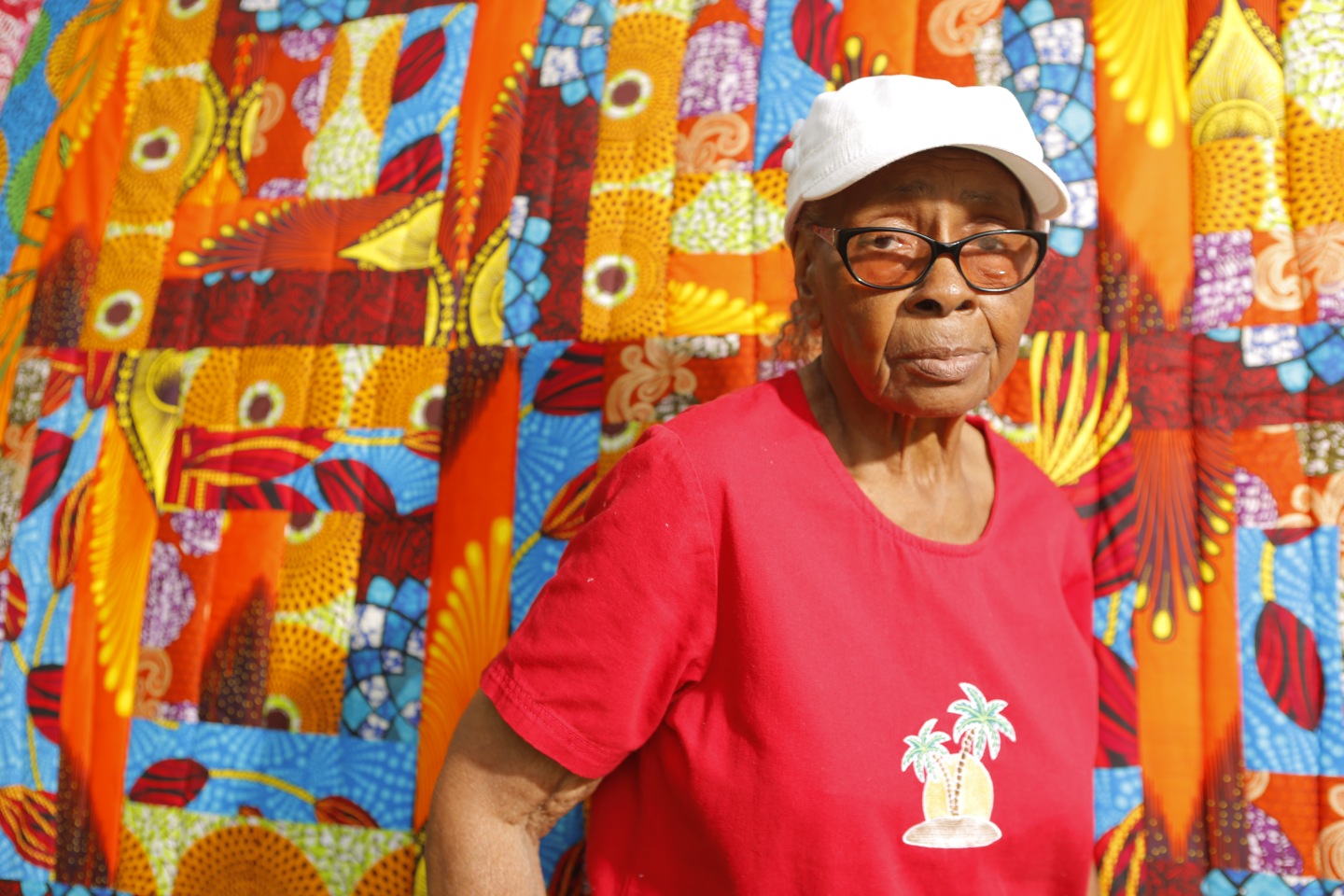 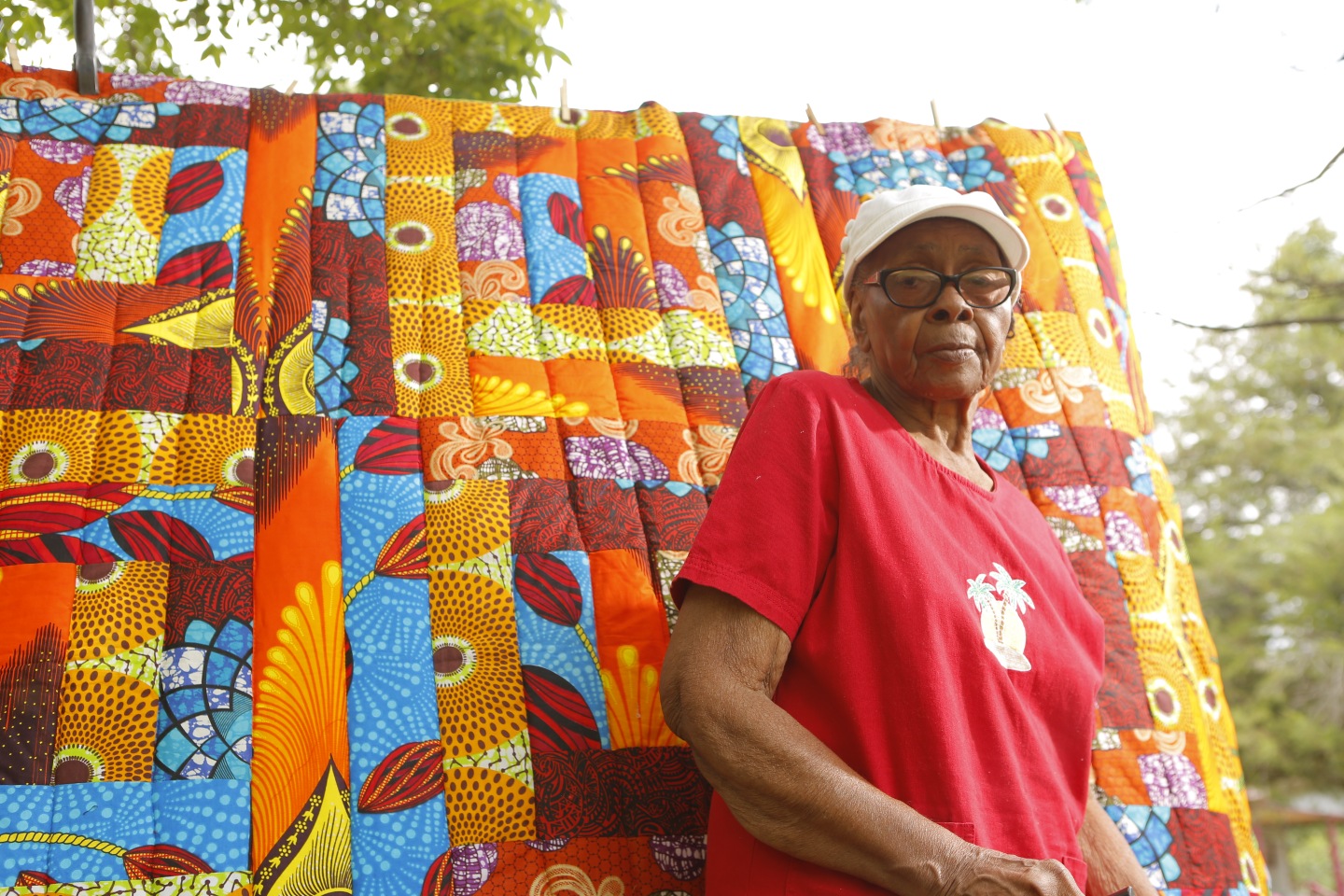 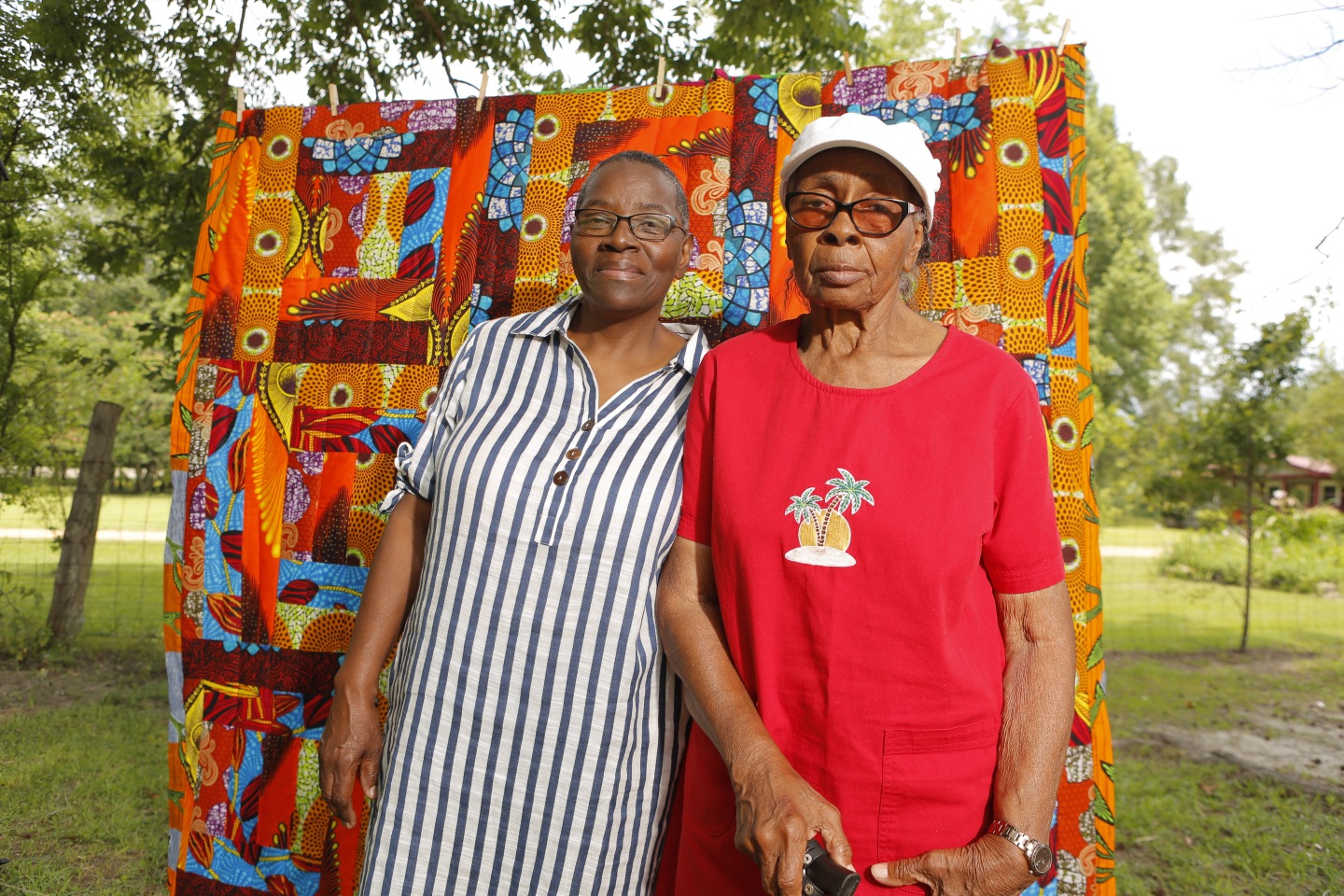 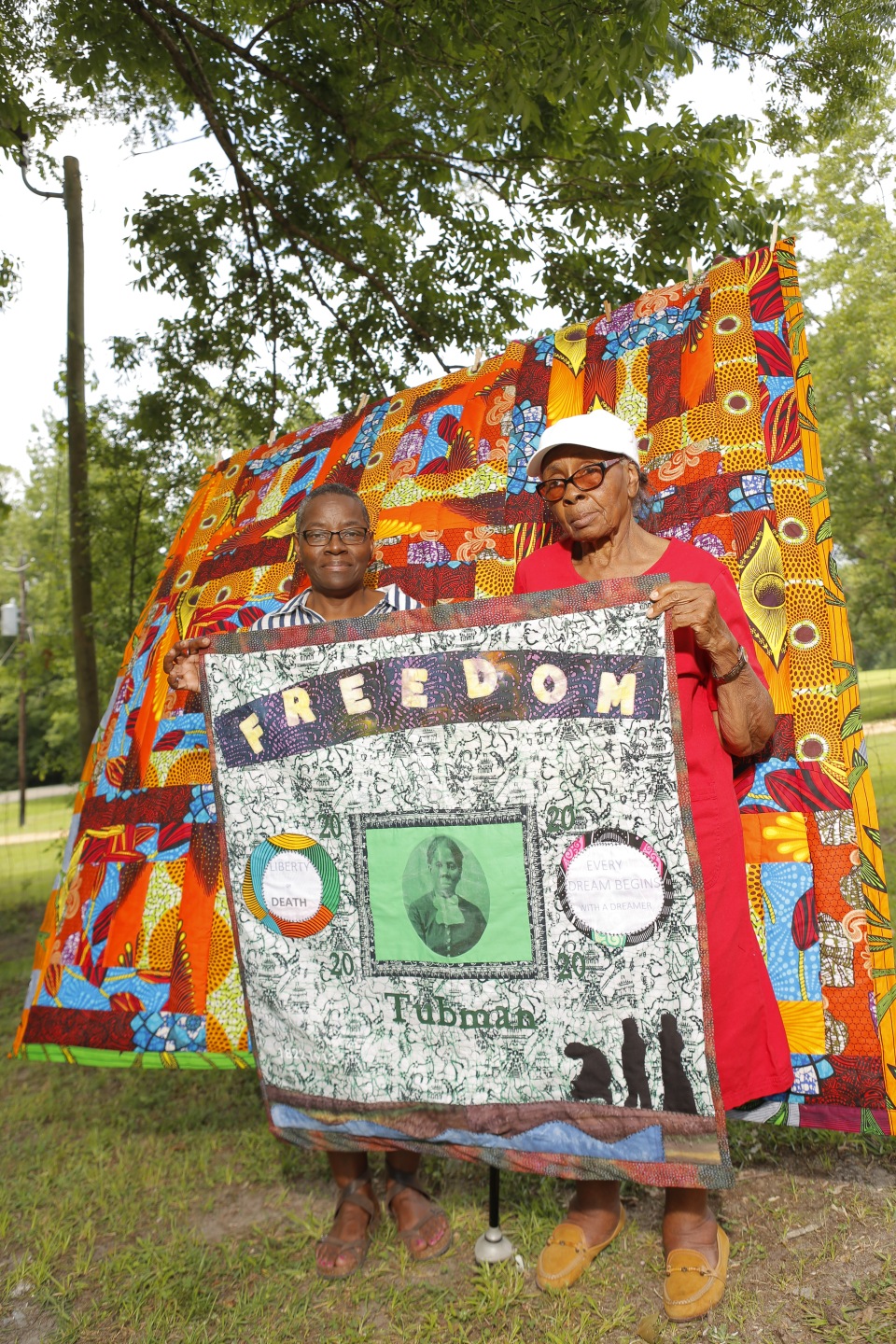 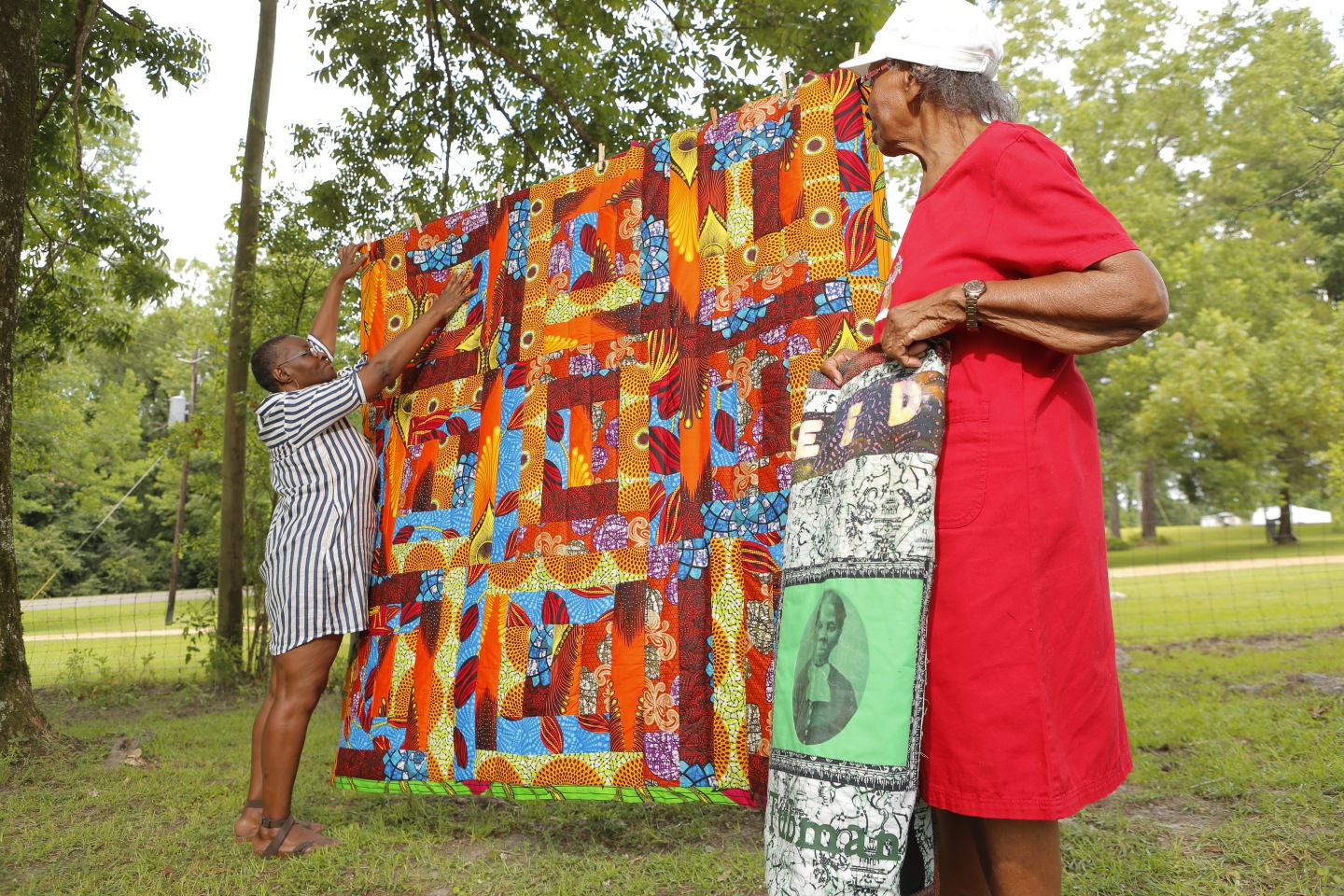 I have been a documentary filmmaker most of my life, but I started out as a still photographer. In 1974, when I was a 21-year-old college student, I traveled to the South to photograph people and places I had learned about at the First National Conference on Land Reform (held in San Francisco in 1973), where the issue of land loss by African Americans was a central focus. In addition to visiting the Federation of Southern Cooperatives Research Center in Epes and a number of member cooperatives, including the Freedom Quilting Bee, I photographed sugarcane workers in Louisiana and produced a sound/slide show about the Mississippi Poultry Workers Union. My photographs were used in publications and by the organizations I visited at the time, but then sat untouched in various basements over the years. I’ve now brought the photos into the digital world and am deeply satisfied that they have found a new life helping tell the story of people and organizations devoted to improving life for small farmers and those connected to the land.