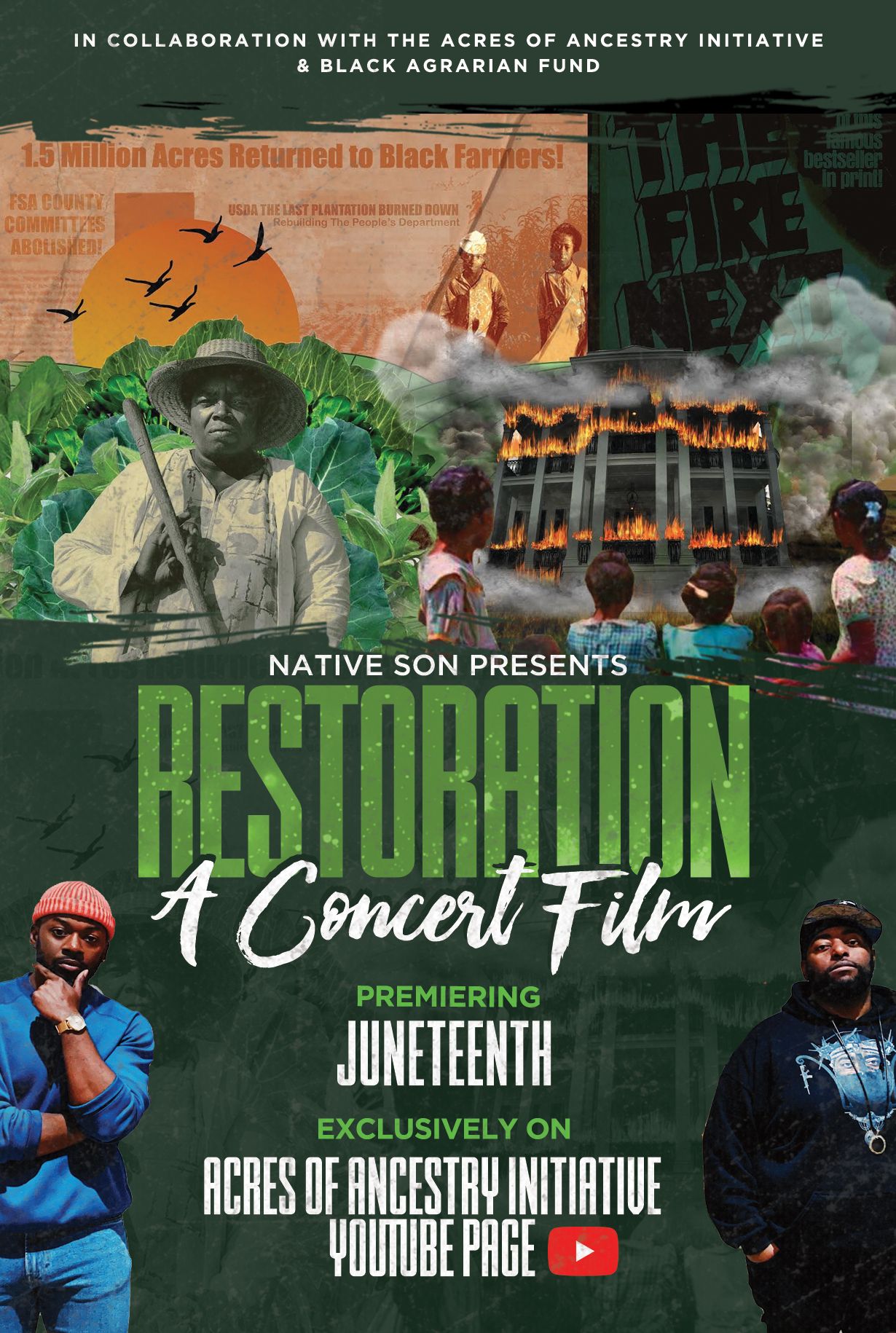 In collaboration with South Carolina Lowcountry hip-hop group, Native Son, this Juneteenth, the Acres of Ancestry Initiative/Black Agrarian Fund streamed “Restoration: A Concert Film” on our YouTube and Facebook channels.  The idea of working with musicians to create an anthem for the Black Farmers’ Appeal: Cancel Pigford Debt Campaign wasn’t our own; Black legacy farmers were in talks with Isaac Hayes before his passing about creating a song that reflected their pursuit of justice. We wanted to carry the torch by connecting this important fight with the pulse of the people. When Native Son sent the initial musical arrangement and the first verse of “The Land,” we knew it would be something special.  Our work continues to grow with Native Son, and is especially embodied in “Restoration: A Concert Film.” The film explores southern Black agrarian stories of self-determination, land ownership, and folkwit, amplifies ongoing struggles for land justice in this country including the Black Farmers’ Appeal: Cancel Pigford Debt Campaign, and weaves together live musical performances throughout film. This summer we will release the film on the Acres of Ancestry Initiative/Black Agrarian Fund’s and Native Son’s respective YouTube channels.