The 400-year Black agrarian liberation struggle in the United States is inextricably bound to the European construction of racial identity, hierarchy, and domination enshrined in American jurisprudence and societal custom.  In her seminal work, “Whiteness as Property,” Cheryl Harris examines how the origins of property rights in the United States were ingrained in the racial subjugation of Africans and Native Americans through the parallel systems of slavery and colonization.  In Johnson and Graham’s Lessee v. M’Intosh (1823), a keystone decision subordinating the land rights of Native Americans to conquest, the United States Supreme Court “established whiteness as a prerequisite to the exercise of enforceable property rights.”  The praxis of whiteness as property undergirded federal legislation and policies that formed starkly disparate trajectories to land ownership for whites and African descendants.  The Homestead Act of 1862, a massive federal subsidy program, transferred over 50 million acres of Native American lands to mostly white male colonists and land speculators through 160-acre homesteads in exchange for five years of farming or payment of $1.25 an acre.  In comparison, the federal government abandoned the imperative of large-scale land redistribution efforts aimed to support the 4 million newly emancipated Africans whose bodies and agrarian expertise supplied unprecedented wealth to the planter, industrial oligarchies, and the nation. 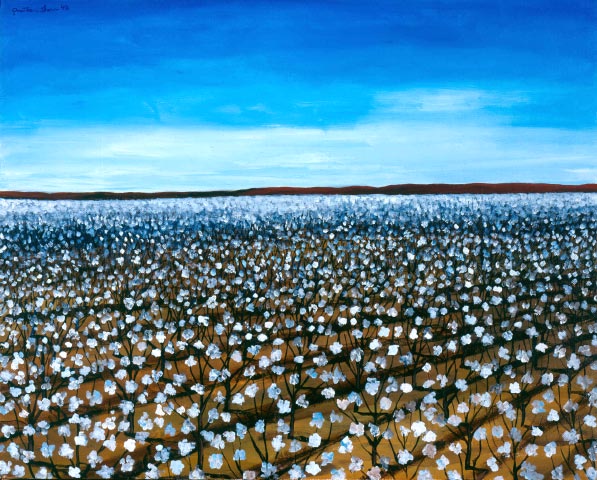 General William T. Sherman’s Field Order 15—commonly known as “40 acres and a mule” within African oral history—is the most recognized of the failed federal land redistribution initiatives during the Reconstruction Era.  In January 1865, after meeting with a group of African leaders and Secretary of War Edwin Stanton in Savannah, Georgia, General Sherman issued the order, which redistributed abandoned and confiscated lands along coastal South Carolina, Georgia, Florida, and the Sea Islands as (upto) 40-acre parcels for distribution to African families.  Within six months, 40,000 African families held possessory titles to 400,000 acres of land, and thousands more families flooded into the freedpeople territory to claim their land.  However, the Africans’ blueprint for economic independence through land ownership within an autonomous territory were dashed when President Andrew Johnson restored all abandoned and confiscated lands to the rebel planter oligarchy.  Although subsequent legislation was proposed to confirm all possessory titles issued to Africans under Sherman’s Field Order 15, Congress failed to marshal the political support needed for the legislation to survive a presidential veto.

The Southern Homestead Act provided marginal gains for the millions of African families striving to break free from the impoverishment of tenant farming and sharecropping.  Enacted on June 21, 1866, the Act opened up over 46 million acres of unclaimed public lands in five southern states to newly emancipated Africans and white Union loyalists under homesteading provisions congruent to the provisions in the Homestead Act of 1862.  As aptly noted by historian Claude Oubre, a key provision of the Act stipulated that “freedmen would have the right to enter the land without competition from ‘disloyal’ whites until January 1, 1867, yet most labor contracts did not expire until that date.”  Effectually, the fallacious statutory construction of the legislation excluded millions of African families from entering homesteads under the Act, because of their inability to breach existing tenant labor contracts.  Other precursors of the Act’s inevitable failure included the absence of financial assistance and farm supplies to transitioning tenant farmers, the undesirability and degraded soil quality of the majority of the land included in the Act, and the entrenched racial hostility of whites in the local land offices who withheld information from African families regarding the availability of public lands.  Predictably, by the time Congress repealed the Act in 1876, 6,500 African families had entered claims to homesteads, but less than 1,000 received final property certificates. 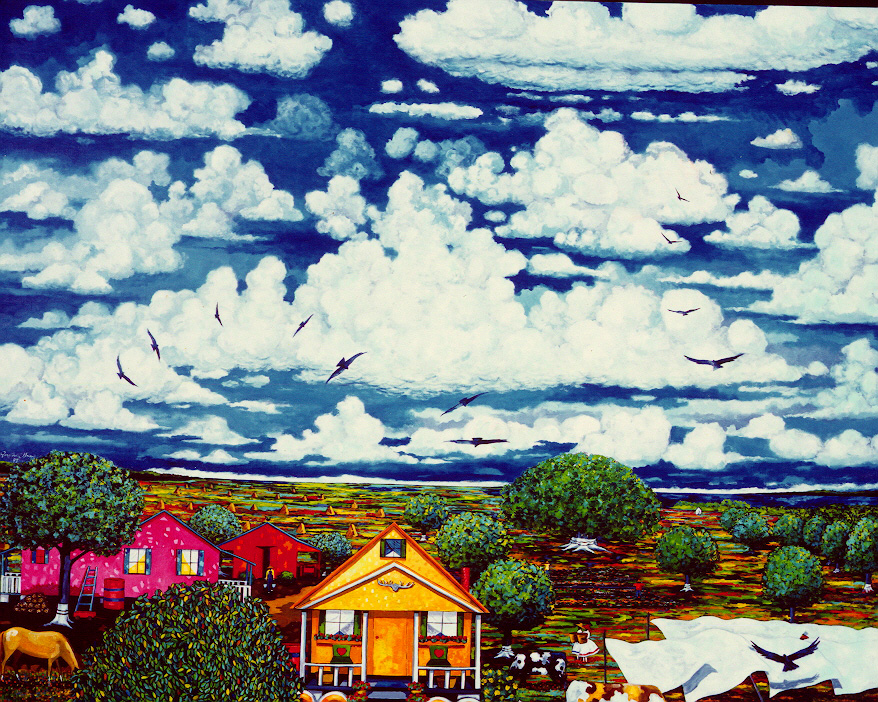 By 1910, despite perennial neglect of the federal government and anti-Black terrorism condoned by Southern states, Africans owned over 218,000 farms and had amassed over 15 million acres of farmland. Undeniably, this era of rabid anti-Black physical and economic violence necessitated the creation of resistance strategies to acquire and preserve land for the development of self-sufficient African communities.  According to Oubre, from 1865 to 1870, newly emancipated Africans deposited over $16 million with the Freedmen’s Savings and Trust Company, a private financial institution established by Congress. Approximately 70 percent of the monies later withdrawn were used to purchase real estate.

Near Georgetown, South Carolina, 160 African families acquired a former plantation and held the land together in a joint stock company.  This demonstrative act of solidarity economics and collective land ownership was commonly used by African agrarian communities throughout South Carolina.  With the intention of building an autonomous community, another 300 African families purchased 10 to 15 acre farms at a tax sale on St. Helena Island.  Over a hundred years before Student Nonviolent Coordinating Committee (SNCC) activist James Forman released the Black Manifesto, calling for a $200-million capitalized southern land bank to acquire land and establish farm cooperatives, the celebrated abolitionist and scholar Frederick Douglass put forth a proposal to establish a $100-million capitalized national land bank to acquire and resell land on equitable terms to Africans.  In addition to acquiring millions of acres of land through collective strategies, Africans boldly rejected European standards of individual property rights and intergenerational wealth transfer by reestablishing the African village in the United States through the creation of collectively owned family land. 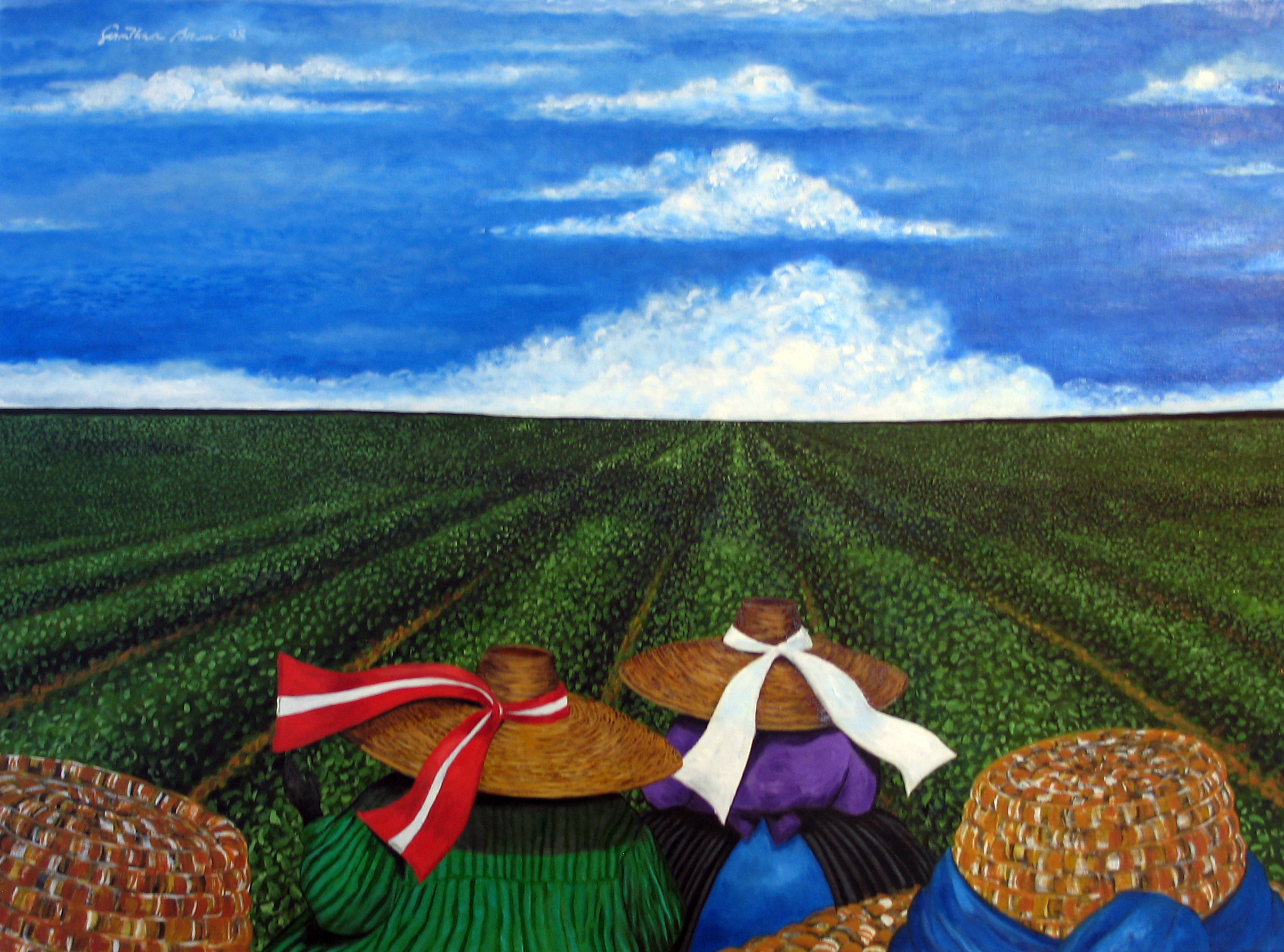 Within the last century, the remarkable Black land ownership advances achieved during a span of 45 years (1865-1910) have been alarmingly eroded. In fact, the last five decades have signified the nadir of Black land ownership in the Black Belt region. Today, African Americans comprise a mere one percent of all US farmers, and own only 7.8 million acres of land.  The staggering decline of Black land ownership resulted from a confluence of factors, including institutional discrimination; anti-Black terrorism; domination of the industrial agricultural paradigm; European cultural hegemony; structural dispossession processes and systems (i.e., foreclosures, partition sales, adverse possession, eminent domain, tax sales); lack of access to affordable and trustworthy legal services; and massive rural-to-urban migration.  According to historian Pete Daniel in Dispossession: Discrimination Against African American Farmers in the Age of Civil Rights, “[In] the quarter century after 1950, over a half million African American farms went bankrupt, leaving only 45,000.  In the 1960s alone, the Black farm count in ten southern states (minus Florida, Texas, and Kentucky) fell from 132,000 to 16,000, an 88% decline.”  Moreover, in Who Owns the Land?: Agricultural Land Ownership By Race and Ethnicity, a 2002 report that contextualizes the 1999 United States Department of Agriculture (USDA) Agricultural Economics and Land Ownership Survey, data revealed, “of all private U.S. agricultural land, whites account for 96% of the owners, 97% of the value, and 98% of the acres.”  The report further revealed that “compared with other races (including whites), a large proportion of Blacks are non-operator owners, who own two-thirds of all Black-held agricultural land.”